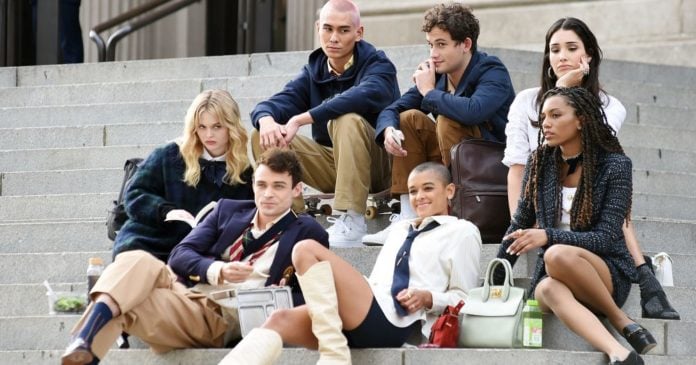 The original Gossip Girl was popular, prompting the series makers to reboot the show which is about to start streaming on HBO Max. And yes, we understand if you want to join the “watching party” and we’re here to help you do that, no matter where you live.

But first, let’s explain The Gossip Girl to the uninitiated, shall we?

What the new Gossip Girl TV series is all about?

Gossip Girl is a new American teen drama series, a sequel and “soft reboot” of the same-named TV series that aired from 2007 to 2012.

Nearly a decade after the conclusion of the original series, a new cast of Manhattan private schoolers takes the lead under the watchful eye of the omniscient blogger known as “Gossip Girl” (again narrated by Kristen Bell), while demonstrating how much social media — and the New York City itself — has changed in the intervening years. For one thing, the series is slated to be more diverse, with nonwhite leads and LGBT characters.

However, rather than a direct continuation of the story, the new Gossip Girl is instead set in the same world where previous characters existed and can be freely referenced and potentially reappear but stars a different set of characters from a different point of view.

The new Gossip Girl is slated to feature more adult content than the original on The CW, owing to the relaxed standards of the HBO Max streaming service — which will be streaming it exclusively.

How to watch The Gossip Girl in the U.S.

It is rather simple to join the ride — all you have to do is sign-up for HBO Max and find it in the streaming service’s menu once it becomes available.

From where we stand, HBO Max is one of the best services to sign-up for these days. Aside from its existing vast catalog, it will be adding new movies on the same day when they hit the theater.

As you may have heard, some directors like Christofer Nolan don’t like this idea, while many users love it. Considering that many of us have big screens at our homes these days, the experience is at very least comparable to the “real deal.” And remember, there is still a pandemic out there – so this is a safer option for most people.

How to watch The Gossip Girl from all around the world

If you can’t access HBO Max in your country — or even if you can and plan to travel to some other place where that’s not possible — you’ll need a VPN. Use it first to connect to a US-based server and then sign-up for the service.

You will have to pay for access, that’s a given – but with a VPN, you will be able to join the “watching party” the second a new show of The Gossip Girl is out. And the same goes for all other content from HBO Max’s library.

This may sound complicated, but in reality – it’s pretty simple. Nevertheless…

You shouldn’t get a VPN only for HBO Max

While it is one of the best streaming services out there, we would argue a VPN has much more to offer.

Beyond unlocking virtually all streaming services for you — including US Netflix, Disney+, Hulu, BBC iPlayer, and HBO Max — a VPN will also let you anonymously browse the web. This way, no government agency or a tech giant like Google and Facebook will be able to track you online. And the same goes for your ISP, which typically has a ton of information on your Internet habits.

A VPN will let you download and upload stuff with BitTorrent, virtually change your location (by connecting to VPN servers in different countries), and do many things without anyone knowing about it.

Plus, it will encrypt all traffic coming to and from your devices (not just your computer), thus keeping you more secure when connecting to public Wi-Fi hotspots. This is very important considering that the number of the so-called “man in the middle” attacks have been growing in recent years.

To sum it up, everyone should be using a VPN these days… Hop over to our page with Best of the Best VPNs and take it from there. Before you know it, you’ll be “one of us.” 😉