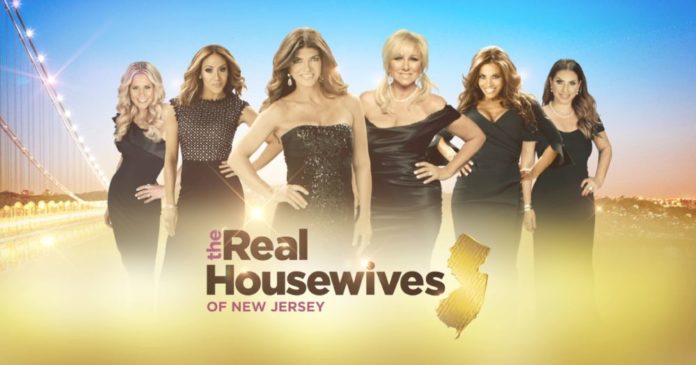 Fans of the reality TV show The Real Housewives of New Jersey were rejoicing when the series finally started airing again in February. Previously, it was delayed due to the COVID-19 pandemic but now you can join the ride for the 11th season.

If, for some reason, you still haven’t heard of The Real Housewives of New Jersey – we’ll explain it all for you. We’ll be brief, don’t worry – and we’ll quickly move to the section on how you can watch it online from the US and other places. Let’s get going…

The Real Housewives of New Jersey 101

The Real Housewives of New Jersey (abbreviated RHONJ) is a reality TV series that premiered back in May 2009, on Bravo. Developed as the fourth installment of The Real Housewives franchise, it focuses on the personal and professional lives of several women residing in New Jersey.

Right now, we’re in season 11, which premiered on February 17, 2021. Previously, its filming was postponed due to the COVID-19 pandemic and now the fans can’t wait for the next show to arrive.

We won’t be sharing the details here — you’ll want to watch it for yourself — but you’re up for a very emotional season.

How to watch The Real Housewives of New Jersey in the US?

After premiering on February 17 at 9pm ET/PT on Bravo, new episodes of the show are set to air weekly at the same time. There should be around 18 episodes this season.

If you have a cable subscription, you can watch the show online from Bravo’s website where you can also catch up on past episodes.

On the other hand, if you’re one of the growing army of cable-cutters, you can join the show through a streaming service. Here are your options:

In case you wonder, out of all these packages – our money goes to Hulu.

How to watch The Real Housewives of New Jersey from all around the world?

In Canada, for those with a cable subscription – the show is available on Slice. If you’re not in that group, you can get it on Amazon Prime Video but you will need a subscription to Corus Entertainment’s StackTV to do so. That benefit will cost you $12.99 per month in addition to the cost of your Prime subscription.

In the UK, you can watch The Real Housewives of New Jersey through the reality TV streaming service Hayu. It costs £4.99 per month and the first month is free.

For all other places — as well as Canada and the UK — you can sign-up for Hulu + Live TV with a VPN. Simply connect to a US-based server and sign-up for the service.

You may, however, need an American credit card to pay for the benefit. If you don’t have one — and most non-US residents don’t — you can use a gift card to pay for Hulu. For that, we suggest visiting MyGiftCardSUPPLY and grabbing it from there. While on the site, you can also find gift cards for other streaming services.

A VPN has a lot more to offer…

Aside from letting you access any particular TV show, a VPN has much more to offer.

The first thing that comes to mind is the VPN’s ability to keep you anonymous online — preventing the likes of Google and Facebook from tracking you down on the Internet. We can’t put a price on this, yet the cost of even the best VPNs is just a few dollars per month.

Like that’s not enough, a VPN will also hide all your online activity even from your ISP — as well as various government agencies.

In addition, you’ll get to more securely connect to public Wi-Fi hotspots, download files with BitTorrent without anyone knowing about it, access sites that are blocked in your workplace or school, and so on.

To sum it up – with a VPN, you get more freedom. And again, we think that’s priceless.

Start by checking our page with Best of the Best VPNs and take it from there. Before you know it, you’ll be “one of us.” 😉