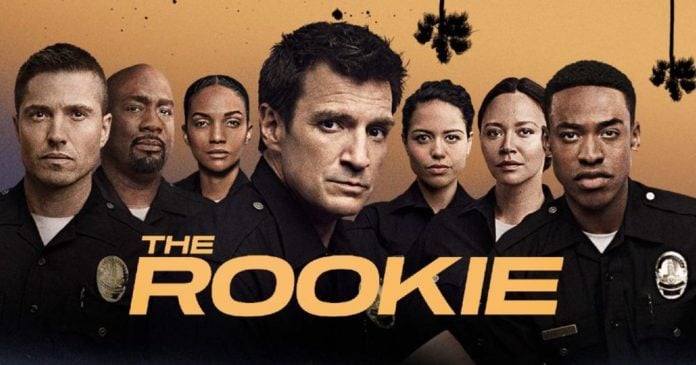 You may have heard about The Rookie, the popular police drama show that is airing on ABC. Heck, you may have even watched a few episodes and are now wondering how you can watch it all?

That’s what this article is all about – to show you how you can unlock Hulu and for that matter, all streaming services and watch them from all corners of the globe.

But first, let us explain The Rookie to the uninitiated, shall we?

The Rookie is a police procedural drama series created for ABC by Alexi Hawley. It follows John Nolan, a man in his forties, who becomes the oldest rookie at the Los Angeles Police Department.

John is a newly divorced man from Pennsylvania, former owner of a construction company and father of a son in college, who, after inadvertently helping police officers during a bank robbery, moves to Los Angeles to pursue a new career as a police officer in the LAPD. After graduating from the Police Academy as the oldest rookie on the force, Nolan must navigate the dangerous, unpredictable nature of his job and is determined to make it in his new career despite the challenges.

The series is based on real-life Los Angeles Police Department officer William Norcross, who moved to Los Angeles in 2015 and joined the department in his mid-40s.

Rotten Tomatoes reported a 68% approval rating with an average rating of 6.33/10 based on 22 reviews for the first season. The website’s consensus reads, “Nathan Fillion’s reliably likable presence makes The Rookie worth tuning in, even if the show around him isn’t particularly memorable.” Metacritic, on its end, assigned it a score of 64 out of 100 based on 12 critics, indicating “generally favorable reviews”.

How to watch The Rookie from all around the world

Hulu is the best place to enjoy The Rookie from all over the world. If the streaming service is not available in your country, you can still access it with a good VPN.

However, you will need an american credit card in order to pay for the service — or a gift card, which you can get from MyGiftCardSUPPLY. While on the site, you may also find some other gift card as it “covers” virtually all popular entertainment services.

Once you have a gift card, it is time to determine which Hulu plan works best for you. The most affordable plan with ads goes for $6, while the ad-free one costs $12. Also, there is an option with Live TV but its price is north of $50 per month. That’s kinda a lot but then again, you get to enjoy live TV from multiple devices. For all plans, there is a 7-day free trial.

But before selecting the right plan, you should fire up your VPN app, connect to a US-based server and get yourself a Hulu account.

You should also know that…

Beyond letting you access any streaming service you like, a VPN has more to offer. Its main purpose, we would argue, is to make you anonymous online so that the likes of Google, Facebook, and various government agencies can’t know what you’re doing online.

A VPN does that by routing all Internet traffic through its servers that are placed in many countries around the world — at least the best VPNs have that many servers. And it is this capability that lets you unlock streaming services like Hulu.

Also important to know is that a VPN will keep you protected while connecting to public Wi-Fi hotspots, while hiding your Internet activity even from your ISP.

And there’s more but we have to stop somewhere. The bottom line is that we think everyone should be using a VPN these days. Whether you need it to access streaming services like Hulu, to bypass censorship (it can do that as well) or just to keep a low profile on the Internet – a good VPN will cover it all.

If you still don’t have a VPN, start by checking out our list of Best of the Best VPNs and take it from there. Before you know it, you’ll be watching all Hulu shows from all over the world. 😉