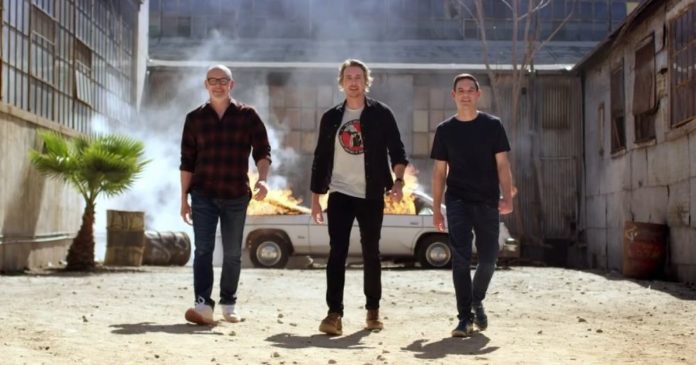 There is no doubt that BBC’s Top Gear is one of the best car shows ever made. Instead of just talking car specs, Top Gear managed to add some comedy and class to it, thus attracting a massive audience across the world.

And so, Top Gear America was launched in 2017 only to fail after the very first season. But now it’s back with a new crew that promises to yet again capture viewers from all around the world — presuming they use a VPN.

But first, let’s explain Top Gear America for the uninitiated, shall we?

Top Gear America? What’s that all about?

Top Gear America is an American version of the popular BBC car show that premiered in July 2017. The show kept the format and segments of the original Top Gear, including studio segments, car reviews, celebrity guests, challenges, power laps, and races. However, following the broadcast of the first episode, the show was criticized for its similarity to the UK version — and eventually canceled after the first season.

MotorTrend acquired the American broadcasting rights, promising to deliver the mix of comedy, class, and commitment to the viewers.

Then, there was the COVID-19 Pandemic, which caused the production to be delayed. And now, finally, we can join the “watching party”…

How to watch Top Gear America in the US?

Top Gear America premiered on January 29, 2021, on MotorTrend OnDemand, with new episodes being available to stream each Friday at midnight on the East Coast and at 9pm PT on the West Coast. The entire season will have a total of six episodes.

MotorTrend OnDemand costs $4.99 per month or $44.99 for the year, and for that money – you get access to 109 different shows about cars. There are no ads to deal with, but there is multi-platform support — allowing you to enjoy all this content across devices.

Not sure this is something you would pay for? No problem – MotorTrend OnDemand offers a 7-day free trial so you can test out the service before committing a single dime of your hard-earned cash.

How to watch Top Gear America from anywhere?

As of writing this article, we are not aware that some other service is airing Top Gear America. So, if you want to join the party, you will have to sign-up for MotorTrend OnDemand.

That, however, may not be possible from all parts of the world, with geo-blocking filters kicking-in to prevent you from signing up. This, of course, happens if you don’t use a VPN.

Otherwise — with a VPN — you get to pick and choose your virtual location, to trick MotorTrend’s software into “thinking” that you’re in the US while in reality, you could be on the opposite side of the globe.

Just connect to a US-based server, and then visit MotorTrend OnDemand’s website and you’re good to go. As far as they (don’t) know, you are in the U. S. of A. — and you can sign-up for the service.

Don’t get a VPN for one show only…

A VPN unlocks all streaming services for you, not just Top Gear America. I’m talking about sites like US Netflix, HBO Max, and Hulu — to name a few.

In addition, a VPN keeps you protected while connecting to public Wi-Fi hotspots. It does that by encrypting all traffic coming to and from your devices and the rest of the Internet.

And this same capability will let you keep a low profile on the world wide web, with the Big Tech and government agencies not being able to track your online whereabouts.

We’ve just scratched the surface here, but I’m sure you get the point. You need a VPN and you need it now. Hop over to our page with Best of the Best VPNs and take it from there. You’ll thank us later. 😉