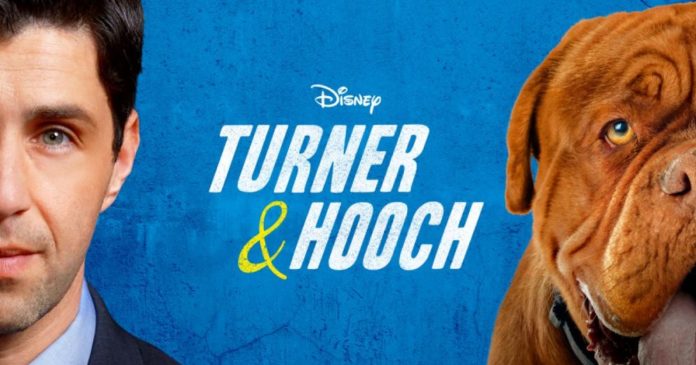 You may have watched and enjoyed the original Turner & Hooch movie with Tom Hanks, and now you may also want to watch the sequel. The good news is that it has started airing on Disney+; the bad news is that you can’t watch it from all places around the world. Except if you’re using a VPN when you will be able to trick Disney+’s servers into thinking that you’re in the U.S. or some other market where this streaming service is available; then you will be able to enjoy all the good movies and TV shows this streaming service has to offer – and that’s a lot.

Before we delve into details on how you can do that, let us tell you a few things about the show…

Turner & Hooch is a buddy-cop action-comedy television series based on, and a continuation of, the 1989 film of the same name. The series serves as a legacy sequel, and instead of Tom Hanks and Beasley the Dog, it stars Josh Peck, Lyndsy Fonseca, Carra Patterson, and Vanessa Lengies. It is the third overall installment in the eponymous franchise and it sees U.S. Marshal Scott Turner inheriting an unruly dog named Hooch, who may become the partner he needs. Together, alongside the rest of the Turner family, they discover that his father’s death may not have been accidental.

The main cast and characters include

How to watch Turner & Hooch from all over the world?

The series airs on Disney+ which, as we’ve noted above, is not available in all places around the world. Where you can access it, you should do it so you could benefit from all the content the streaming platform has to offer. And this would include shows and movies from Disney, Pixar, Star Wars, and of course – Marvel, as well as National Geographic. To put it differently, there’s something for everyone.

If Disney+ is not available in your country, we suggest going for the US-based service. For that, you will need a gift card to pay for Disney+ which can be bought from online retailers like Amazon.

Then, you can connect to a US-based VPN server and sign-up for Disney+. When asked to pay, use the gift card you already bought and you’re good to go.

This all sounds more complicated than it actually is. After all, we are talking about something that takes around 5 minutes to complete. So, before you know it – you’ll be watching Disney+ from anywhere.

In addition to letting you access Disney+ – a good VPN will unlock all streaming services for you. In that sense, you should get a VPN for all your needs which should not stop with movies and TV shows.

We would argue that the main purpose of a VPN is to make you anonymous online so that tech giants and various government agencies can’t follow your digital footprint online.

A VPN does that by routing all Internet traffic through its global server network, which — in case you wonder — is the same feature that lets you unlock any streaming service you want.

Moreover, a VPN will keep you protected when using public Wi-Fi hotspots, while also hiding your Internet activity from your own ISP.

In today’s world, everyone wants a piece of our data and so we think all of us should run a VPN on all our devices. And since you’d like to watch the Turner & Hooch series, we suggest checking out our list of Best VPNs for Disney+. All services on that page are up for the task and will also cover all your other needs. Check them out and make your pick. Then, feel free to send us a thank you note. 😉