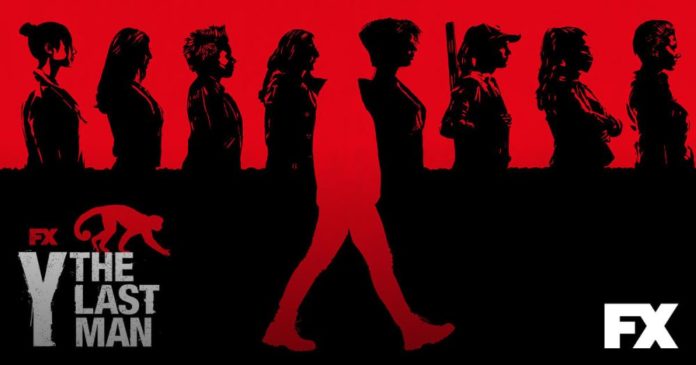 If you’re into post-apocalyptic drama, you’ll most definitely want to watch Y: The Last Man. It has all the elements of the good show and is unsurprisingly getting more fans with the day.

But before we explain to you how you too can join the “watching party,” let us quickly describe the series to the uninitiated. Let’s get started…

What Y: The Last Man is all about?

Y: The Last Man is a post-apocalyptic drama television series developed by Eliza Clark based on the comic book series of the same name by Brian K. Vaughan and Pia Guerra.

The series takes place in a post-apocalyptic world where a mysterious cataclysmic event simultaneously killed every mammal with a Y chromosome but for one man, Yorick Brown (Ben Schnetzer), and his pet monkey Ampersand. The series follows Yorick as he traverses the new world, as its survivors struggle with their losses and attempt to restore world society – led by Yorick’s mother, who is the new U.S. President Jennifer Brown (Diane Lane).

The review aggregator website Rotten Tomatoes reports a 70% approval rating with an average rating of 6.4/10, based on 30 critic reviews. The website’s critics consensus reads, “Y: The Last Man makes a few key updates to its source material and boasts a number of incredible performances, but this highly anticipated adaptation can’t help but feel like a bit of a letdown in a world full of dystopian realities.” On its end, Metacritic gave the series a weighted average score of 62 out of 100 based on 21 critic reviews, indicating “generally favourable reviews”.

How to watch Y: The Last Man from all over the world?

In the US, the series is available as part of the FX on Hulu content hub, so in order to watch it – you’ll just need a Hulu subscription. The ad-supported one goes for $6, while the ad-free one costs $12. Also, you can opt for the one that also includes live TV which costs north of $50 per month. For all plans, there is a free trial.

Another option is to get a Disney Plus Bundle that gives you access to Hulu along with Disney+ and ESPN+ for just $13.99.

Canadians can watch Y: The Last Man on FXNow, using their credentials provided by their cable provider.

In the UK, the show is available from Star on Disney+, while Australians can watch it on the streaming service Binge.

For the rest of the world — as well as those who like to move around — they could use a VPN and sign-up for Hulu (or the mentioned Disney+ Bundle).

In order to do that, you could connect to a VPN server in the US and then sign-up for Hulu. Since they require an American credit card, you will have to pay for the service with a gift card. You can get one of those from MyGiftCardSUPPLY.

With that card in your (digital) wallet, it’s time to decide which Hulu plan works best for you.

You see, the main purpose of a VPN is to make you anonymous online so that Google, Facebook and various government agencies can’t know your web whereabouts.

It does that by routing all traffic through one of its servers — and this same capability lets you unlock all streaming services, Hulu included.

Moreover, a VPN will protect you while accessing public Wi-Fi hotspots, while also hiding your Internet activity even from your ISP.

Since pretty much everyone wants a piece of our data these days, we think everyone should have a VPN. That being said, we suggest checking out our list of Best of the Best VPNs and take it from there. It is time to beef-up your protection. 😉