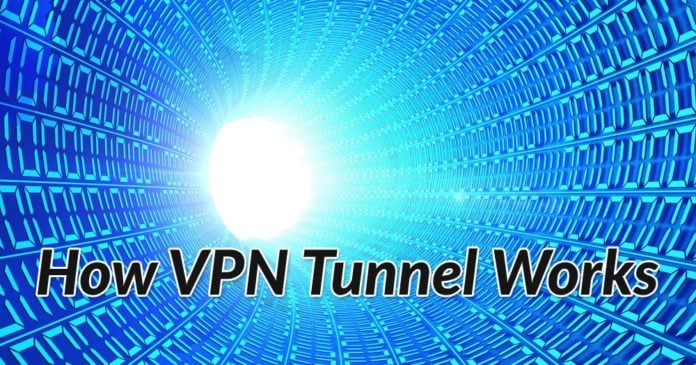 Here at VPN Reports we receive a lot of questions from the site’s visitors, some of which we want to address in our blog. Today we have one such example and it’s about VPN tunnels — we’ll try to explain them using plain English so that everyone can understand what they’re all about.

Before we explain how VPN tunnel works, let’s first define the term — a VPN tunnel is an encrypted link between the user’s device and another network. With that out of the way, let’s proceed with details…

But first, we need to explain the “encapsulation”

In order to understand how VPN tunnel works, you first have to understand “encapsulation,” which we’re going to try to graphically explain.

Imagine you’re a spy and your location is, obviously, confidential — but you still need to communicate with some people. How would you accomplish that?

One way would be to write a letter with the address of the final recipient and then give it to a trusted friend who would send it from another country on your behalf. The final recipient of the letter has no knowledge of where it came from since the stamp is from a different country.

The act of putting the letter into an envelope with an address is equivalent to “encapsulation.” When you encrypt that letter along with the final recipient’s address and send it to the internet, you create a VPN tunnel. In this setup, only you and your friend know how to decrypt the contents of the letter with the rest of the world seeing only gibberish code they have no use for.

In the context of the internet, your friend acts as a VPN service provider and the final recipient would be the website you are browsing.

Which brings us to our question du jour…

Keeping up with our above example, your friend is not sending an encrypted message to the final recipient as he may not be able to decode it — he doesn’t have the keys to do that.

Similarly, when using a VPN service, the data sent from the VPN service to the destination website is not encrypted, but that doesn’t mean your private IP address has been revealed to anyone. Quite the contrary, it has been replaced with the address of the VPN server you’re connecting to, keeping your identity under the radar.

The communication or connection between you and your friend is synonymous with a VPN tunnel. The two of you are exchanging encrypted messages no other party can understand. And that’s what VPN tunnel — also known as virtual tunnel — is all about. And that’s how it protects your privacy.

A few other things to know…

In addition to encrypting communication between you and your friend (your device and a VPN service), a good VPN software will also encrypt the data before it leaves your computer so that no one knows what you’re doing online. This way even if someone intercepts internet requests between your device and a VPN service, they won’t be able to understand what you are looking for on the internet.

In a nutshell, a VPN tunnel has your back. It keeps you safer and protects your privacy. And the best part is that it comes included with all of the major VPN services.

We have a selection of Best of the Best VPNs on this page. You may want to check it out, to get a service that works for your unique needs. We’re sure you’ll find something good there. 😉