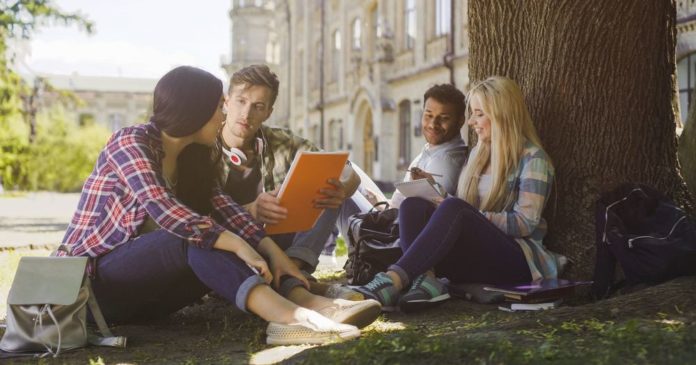 The COVID-19 pandemic has changed the world for good. Not only are we more dependent on our computers, but we are also getting accustomed to new policies.

Students are also affected and they could be returning to new kinds of schools that are more tech savvy than ever. Some of that technology will help the school management deliver an improved experience, but some is simply over the board.

Yes, it is important to keep students safe while studying, but lines of good taste seem erased. Here’s specifically what we have in mind:

Arguably the least invasive form of surveillance comes in the form of contact-tracing apps that will enable the public health officials to trace COVID-19 patients and people they come in contact with. This capability was enabled on the carrier level as well as by efforts from Apple and Google, which as you know are the companies behind the two leading smartphone platforms (iOS and Android, respectively).

There are already some universities, like the University of Alabama, which have been encouraging and sometimes mandating students to use a contact-tracing app developed by the universities themselves.

Privacy safeguards have or will be implemented, but there are still some concerns surrounding the security of Bluetooth technology and how “contact” is defined. Furthermore, what happens if a university adds other features like location tracking or personally identifiable information to the mix? At this point – no one knows. What we do know is that such practices would certainly undermine student privacy.

Thermal scanners may not be enough for some campuses and they could in turn opt to take an additional step forward – and that would come in the form of smart cameras with face scanning capabilities.

For instance, schools in New York have already been arguing about the introduction of this technology, saying that it was “even more important now that schools have to use multiple entrances to enable temperature screening as a safety measure.” The proposal was ultimately rejected, but that hasn’t stopped schools in other parts of the U.S. from testing facial recognition systems.

Beyond the US, the situation is probably even more dire, especially in places like China where the government wants to be in control all the time. And who gives a blip about students’ privacy?

Wearable tracking beacons are being contemplated as a possible tool for primary schools to “help” students practice social distancing. These young guys and gals don’t necessarily use smartphones, and are thus deemed “perfect” for such a technology.

This isn’t us making things up as Wired has already found one high school “test(ing) a system that would require each student to wear an electronic beacon to track their location to within a few feet” and would log their position throughout the day.

And again – what about the child’s privacy? Does anyone even think about that or are we going to let COVID-19 win on all fronts? We do understand health concerns, but last time I checked – masks will do the trick for primary school students.

In order for schools to track students, they [students] don’t even have to be at the physical school building. It could start with Zoom calls which would later be moved to dedicated school-branded apps that would have all kinds of permissions to log what students are doing even at off-school hours.

What we have seen is an increase in the use of employee monitoring during remote work periods, and it’s likely that this technology is just “waiting” to be adopted by additional segments like students. Or at least some schools are waiting to do that.

Beyond basic activity logging, these sort of monitoring tools can also be used for the so-called “attention-tracking” that could end up being crucial for one’s final score.

The (rough) road ahead

It will be up to individuals and privacy groups to fight for the students’ right for privacy. However, when a major health emergency strikes — like the one COVID-19 pandemic has brought to the world — chances are that privacy of all of us will be put on hold. Instead, we’ll witness the introduction of new surveillance measures, some of which may be justified and some, well, are and will always be questionable.

There is no magic bullet to protect your privacy in times of major crises, but as an individual – you (we) can do something about it. For instance, we could be more careful about what we share online and always use a VPN when connecting to the Internet. This way, we will make it a tad harder for everyone to know what we’re doing and what we’re up to online. We should be able to do this and a VPN is the right tool for this job. So if you still don’t have one, now’s the time to change that. Your privacy is on the line, after all.