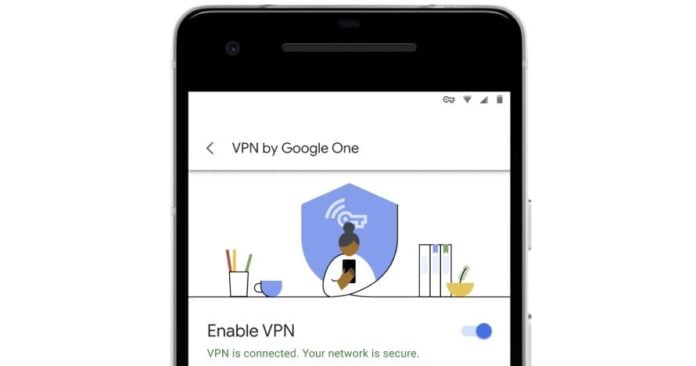 Many VPNs claim to be able to deliver a certain level of privacy and security online, and those that we deem best – manage to do that with ease.

Google’s own VPN service, which comes included in the Google One package, is apparently not bad at all and that has recently been proven in an independent audit.

Google commissioned the NCC Group, a UK firm specializing in security and software verification, to create the public report on the Google One VPN. The result is a 19-page report that was compiled by a team of six researchers.

Available as a free PDF download, it lets everyone familiarize themselves with the team’s methodology and conclusions. To sum it, the NCC Group has found that Google’s VPN has “a very robust security posture” and that its encrypted traffic tunnel is an effective protection against the most common methods of attack.

Researchers have filed 14 issues, 10 of which were promptly fixed and verified. One was “partially fixed,” and three Google countered were “acceptable risks.” One of these was identified as a medium-severity issue, which would require a more complex change to the system increasing communication steps and, perhaps even decrease performance. Despite all this, NCC determined that Google One VPN is in line with most competing products.

Right now, Google One VPN comes as a free perk for subscribers at the 2TB or higher tiers. It is still only available for Android devices, with iOS, Windows and Mac OS clients coming “soon” — according to Google.

That’s all nice, but…

You shouldn’t use Google’s VPN!

I guess it’s okay to rely on it to access YouTube and Facebook from your school or workplace, but for everything else – get a different VPN.

You see, Google already knows a ton about you, so why in the world would you want them to “have it all”? A VPN is one of the few tools we have to fight back the Big Tech, so we could freely browse the world wide web without anyone knowing what we’re up to. And by using Google’s VPN, you don’t have that privilege — quite the contrary, you keep providing them with additional information.

We think that online privacy is everyone’s right, but sadly that’s not the case. It’s not just that the likes of Google and Facebook are watching every step we make – there are also various government agencies that keep tracking all of us.

To get your privacy back, get a good VPN from a reputable company. And for that, check out our list of Best of the Best VPNs. All services on that page have been field-tested for years and won’t let you down.

So what are you waiting for? If you still don’t have a VPN, now’s the time to push that button. And never look back. 😉