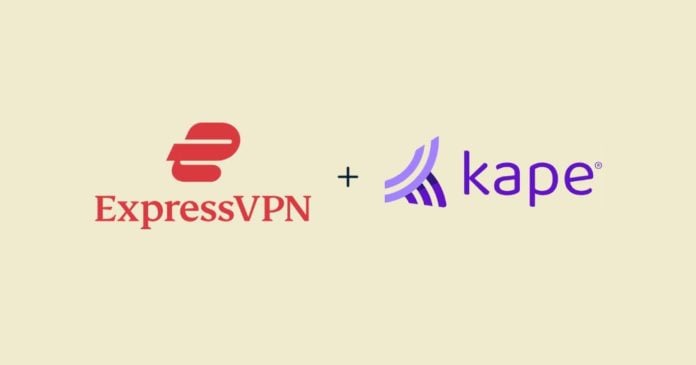 Kape Technologies announced that ExpressVPN will be joining the Kape family as part of a massive $936 million deal. As a result, a new premium consumer privacy and security player in the industry will be creating, marking a key milestone in the rapidly growing digital privacy space. It also further positions Kape to define the next generation of privacy and security protection tools and services to return greater control over the digital sphere to consumers.

Why does it matter?

This acquisition will broaden Kape’s reach from almost 3 million customers to serving over 6 million and will bring together a global team of 720 to drive innovation for future product offerings. It will also create a premium digital privacy and security player best positioned to capitalize on the expected market growth.

That being said, ExpressVPN has seen a compound annual growth rate (CAGR) of 35.1% over the past four years, signaling a strong need for consumer-friendly data privacy and security products to enable customers to take control of their digital lives.

Founded in 2009, ExpressVPN has been central in transforming VPNs from a niche technology into an essential privacy tool. In that sense, ExpressVPN has worked with a number of major companies such as HP, HMD Global (home of Nokia phones), Acer, Dynabook (formerly Toshiba), and Philips to make its service available on millions of smartphones, tablets, and other devices.

Also, ExpressVPN has consistently raised the bar for the VPN industry as a whole, developing new solutions that anticipate the needs of modern internet users and advance the state of privacy technology. Their innovation and leadership have included:

Under the Kape Technologies umbrella, ExpressVPN will continue to operate day-to-day as an independent service, with its existing global team and leadership, including its two co-founders.

The acquisition is subject to a number of customary conditions and is expected to close in Q4 2021.

“We’ve admired the ExpressVPN team’s relentless pursuit of excellence and innovation and are excited to welcome them to Kape,” says Ido Erlichman, CEO, Kape Technologies. “With ExpressVPN to join the Kape family of world-leading privacy and security brands-together, we will have the vision, talent, and resources to take the industry to the next level. Controlling one’s digital presence is at the forefront of every tech consumer’s mind now, and Kape is more committed than ever to innovating and delivering the tools internet users need to protect their data and rights. Kape is now synonymous with taking control of your digital experience.”

“The ExpressVPN team is delighted to be joining the Kape Technologies family. It was essential to us that anyone we teamed up with shared our strong fundamental commitment to user privacy, and Kape has demonstrated that in spades through its family of brands,” says Dan Pomerantz, co-founder of ExpressVPN. “With access to greater capital and resources as part of Kape, we’re excited to be able to accelerate our product development, deliver even more innovation to our users, and protect them from a wider range of threats.”

Erlichman added, “From closing, 6 million consumers and counting will be trusting and relying on our privacy and security products and services. With new technology and threats arriving every day, we need to innovate faster than ever to keep internet users safe. Our brands have been at the vanguard of the industry for over a decade, and together we’re going to continue setting the standard for privacy online for years to come.”

Following its acquisition of ExpressVPN, Kape will have 6 million paying subscribers, supported by a team of over 720 people across the globe. Through its subscription-based platform, Kape has fast established a highly scalable SaaS-based operating model, geared towards serving the vast global consumer digital privacy market.