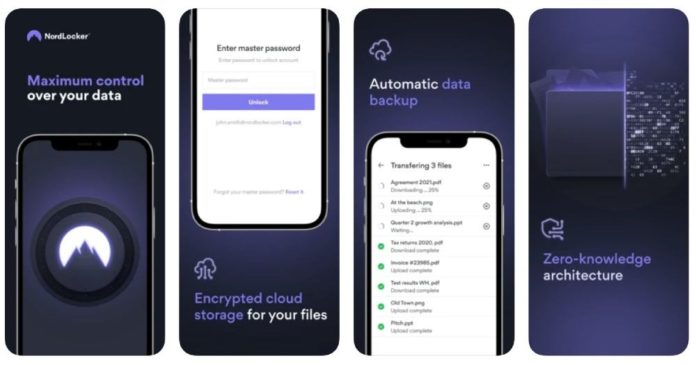 NordLocker, which is an encrypted cloud storage provider developed by the same team that brought us NordVPN, announced that it’s bringing end-to-end encryption to files on smartphones by introducing iOS and Android mobile wrapper apps. This is made possible by a major change to NordLocker — the Web Access feature — which allows using the service while away from a computer.

NordLocker mobile wrapper apps for Android and iOS are available for download now, while native applications are in progress. However, there is still plenty you can do with the current version. For example, you could:

NordLocker has also recently launched a 2TB plan, which joins the current freemium 3 GB and the paid 500 GB plans.

The solution has recently won the Consumer Encryption Solution of the Year award by CyberSecurity Breakthrough, an independent organization that recognizes the top companies, technologies, and products in the global information security market.

Also, the company that covers all Nord brands has increased its bug bounty rewards by ten times on the HackerOne platform. Ethical hackers who report unknown critical vulnerabilities now can expect $50,000 or more.

Aside from fully native apps, NordLocker is also announced a slew of other changes that are coming in the (near) future, including:

By the way, NordLocker’s Premium plan is now 60% off. That’s unlimited file encryption and 500 GB of private cloud storage for just $3.19/month or 2 TB for $7.99/month. All plans come with a 30-day money-back guarantee.

“It’s a big step towards data security on the go,” says Aiste Araminaite-Pivore, Head of Product at NordLocker. “One of our core goals is to ensure that our users’ privacy does not depend on the device or operating system they use. This is why we’ve recently introduced Web Access, a feature to make sure your files are always secure and within reach.”

“Besides the native iOS and Android apps, two more features are being developed to offer our users more convenience and improve file accessibility,” added Aiste Araminaite-Pivore.

NordLocker is an end-to-end file encryption tool with a private cloud. It was created by the cybersecurity experts behind NordVPN, which is our favorite VPN service.

NordLocker is available for Windows and macOS, supports all file types, offers a fast and intuitive interface, and guarantees secure sync between devices. With NordLocker, files are protected from hacking, surveillance, and data collection.