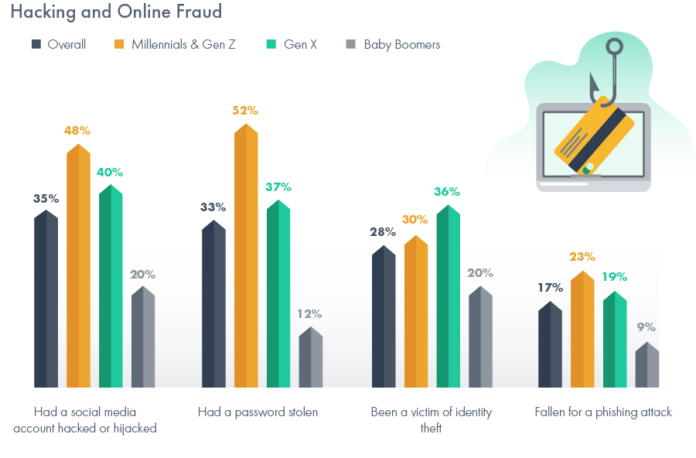 Before the pandemic, the site ran a survey to understand consumer security and privacy concerns, as well as VPN usage. Then, it re-ran part of the survey again in February 2021, focusing on VPN usage after witnessing spikes in VPN searches starting in 2020.

And here’s what they’ve found… 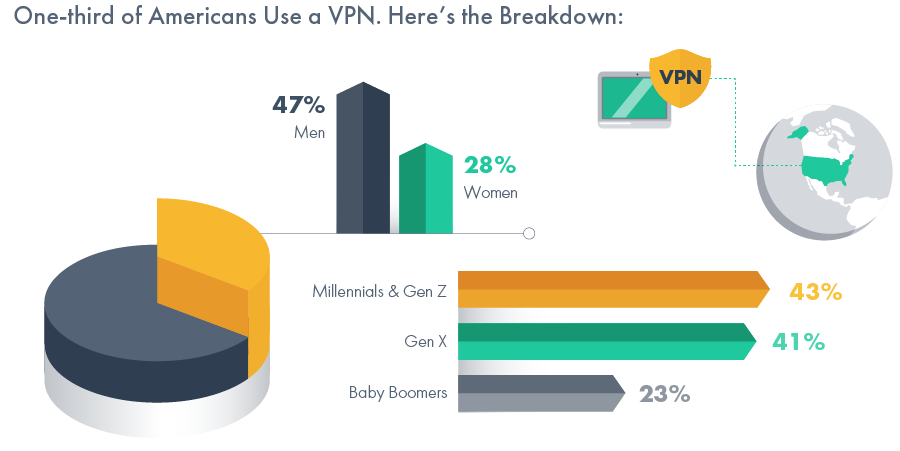 However, most Americans still don’t know what a VPN is:

Americans have no problems paying for a VPN:

Online fraud and hacking remain a considerable problem for many Americans:

A majority of Americans are concerned about the security of their personal data and their privacy:

However, using the Internet at work doesn’t seem to elicit the same level of concern:

VPN usage is highest among men, of whom 47% use it compared to 28% of women. It’s also predictably higher with the younger generations, who are more likely to use a VPN (43% of Millennials & Gen Z vs. 41% of Gen X). What is rather surprising is that almost one in four Baby Boomers (24%) are VPN users.

More than half (51%) of our survey respondents who use a VPN report using it often, if not always — with Gen Xers being the keenest users (57%).

If there is one good thing about the COVID-19 pandemic, it is that one in 10 Americans found out about a VPN, and 11% started using it during that time.

For the first study, 1,666 US adults (18+) were surveyed on November 11, 2019. Additionally, a further survey of 1,834 US adults (18+) was carried out in February 2021. Missing and not applicable responses were excluded from analyses. Percentages are rounded to the nearest whole number.