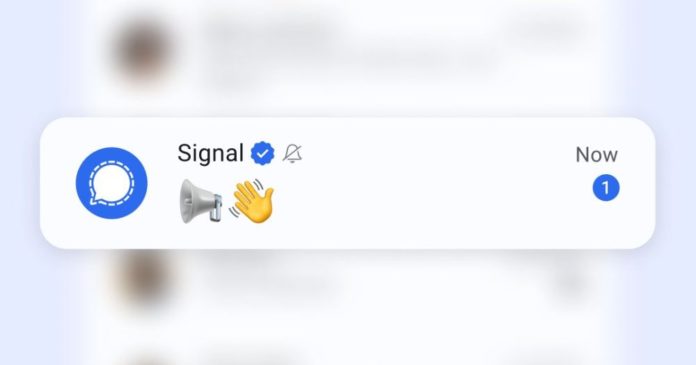 Signal is one of the highly secure messaging apps we recommend everyone to use instead of Whatsapp, Facebook Messenger and other apps that were made by tech giants.

Aside from offering the “regular” messaging capabilities, Signal also includes support for group chats and calls. And now they are making another step forward, starting with their Android app.

The newly added features include the chat function and a speech bubble icon in conversations.

The former sits next to your conversations within the app and is meant to bring all the latest updates and changelogs of every version of the app update — next to some new feature announcements. While handy, this new feature will be on mute by default for Android users. If you want, you can always unmute it — just send “Hi” to the release chat and you’ll start receiving all new updates regarding the Signal app.

For what it’s worth, Telegram and Whatsapp have been doing this for quite some time and we’re glad to see that Signal is catching up. From where we stand, it is a good practice to keep up with the apps you’re regularly using and learn about new features when they are released.

As for the second feature, the speech bubble icon, it is potentially utilized to reply to a particular message within the conversation. Slack had this feature for quite some time and I personally find it very handy.

Just imagine a conversation in a group going nowhere with multiple users adding new comments instead of focusing on the core issue(s). You can reply to the main point with a line such as “and what about this” to put that main point back to focus — i.e. at the end of the conversation.

So this isn’t a major update but an important one, nevertheless. It is the additional features like these that will prompt mainstream users to dump Whatsapp and Facebook Messenger and turn to better, more secure apps like Signal.

So if you needed an additional push to use Signal, now you have it. And don’t forget to also use a VPN for an even more secure experience. 😉