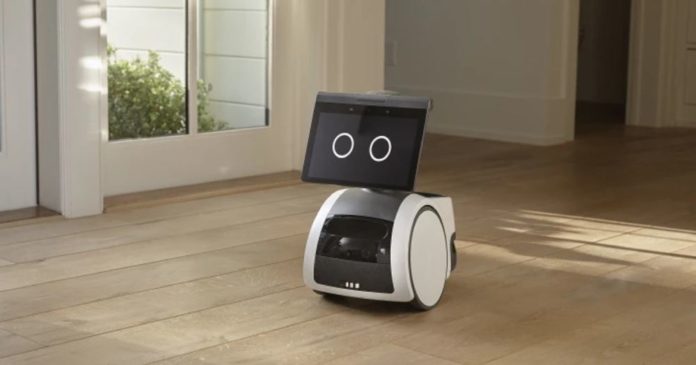 You may have seen that Amazon has announced its very first home robot? Called Astro, it is essentially Alexa on small wheels that will follow its owner around the house and serve him/her with answers to their questions. Also, it can double as a video call device as well as a tool to help users keep up on their elderly parents or relatives.

That’s all cool and we’re the first to support innovation, but… The problem with Astro and any other Alexa-enabled device like Amazon’s own line of Echo speakers is that they get to learn too much about us. Sure, they are handy but the convenience they offer comes with a price tag that is higher than the cost of the device itself. In the case of the Astro robot, that would be north of $1,000 but that doesn’t mean your privacy will be in good hands.

The way we see it, big corporations like Amazon are collecting all the data they can so they could sell us more stuff later on. Or serve us more “personalized” ads in case of Google and Facebook. This practice effectively turns all of us into products and that is something we don’t like. At all.

So if you do want to get yourself the Astro, here are a few things you should know before spending your hard earned cash.

As I’m writing this, Amazon’s Ring division — which sells smart doorbells and cameras — has partnered with more than 2,000 US police and fire departments around the U.S. In fact, only two states — Montana and Wyoming — have no departments on the Ring program.

These partnerships allow police departments to take a look at the user’s camera without the user even knowing about it. While this can come in handy when there’s crime to be solved, it makes the user a mere object which has no say in the matter even though it was him/her who bought the Ring camera or doorbell (which also has a camera) in the first place.

According to the Electronic Frontiers Foundation (EFF), Ring plays an active role in enabling and perpetuating police harassment of Black Americans.

So perhaps Amazon decides to offer the video feed of Astro robots to the police department in the future, as well. They say that won’t be the case, but who knows?

Most Ring users didn’t read the fine print in which Amazon explained that their Ring devices may be accessed by the police and fire departments if they need to.

Astro collects more data than any other Alexa device

Most notably, it uses facial recognition to identify household members. In other words, it stores biometric data such as the faces of everyone entering your home.

Also, as it follows its primary user(s) around, Astro gets to learn and track their behavior patterns. This can further (guess) lead to more products offered to you down the road.

Plus, it gets to actually know your home, creating a detailed map of it in its memory. And it can sing along other devices around, such as the earlier mentioned Ring doorbell or camera.

We see it as a mini Skynet that is tracking every step you make on your own home.

Cyberattack on the Astro robot could be dangerous

Say you have many Internet-connected devices around your home and you made many of them connect to Astro. If a savvy individual manages to hack into Astro, he/she will get to learn a lot about you. He/she may even be able to access the video feed from your Ring camera and cause some random havoc. For instance, they may cause false alarms, false identification, and so on.

So what can we do?

There are a few things all of us could do to stay safe in this super-connected world.

For start, don’t get the latest novelty the moment it’s out. It may be cool but give it some time. Read the first reviews and only then make a move if you have to.

We advise everyone to limit their Internet of Things purchases as they can live perfectly good lives without all the devices in their home communicating with each other.

Online, use a VPN to protect your privacy and encrypt all the data travelling between your device(s) and the rest of the Internet. Also, use strong passwords and pair them with multi-factor authentication. This way, it will be impossible for anyone to break into your accounts.

And finally, don’t get any smart assistant / speaker. Chances are you already have one in your phone and it’s more than enough…