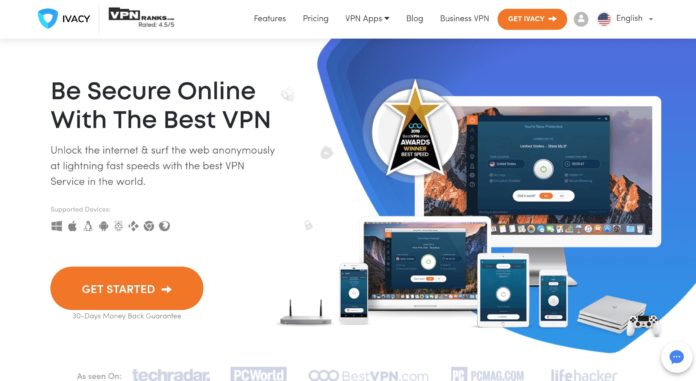 Ivacy is an affordable VPN that delivers quite a bang for the buck. Or so they say; we went along and tested it out, and here's what we've found...

Ivacy runs a mid-range network that includes more than 1,000 servers in over 100 locations and 50+ countries.

Unsurprisingly, North America and Europe are covered the best, and you can even drill down to city-level servers in some countries -- such as the US (obviously), Australia, Canada, Malaysia and the UK. Also included are servers in a handful of African and South American countries, like Colombia, Costa Rica, Ghana, Kenya, Panama and others. Plus, for those who needed it, there is a dedicated server in Beijing, China.

As expected, Ivacy has dedicated apps for all the popular platforms, namely Windows, MacOS, Android and iOS. Additionally, the company has included set-up guides for other platforms and devices, such as Linux, as well as Roku, Xbox, PS4 and others.

Perhaps more important is the router support that lets you protect all traffic coming from your location with a single setup. Again, Ivacy has you covered with a detailed setup instructions. Once that part is done, every device connecting through your router will automatically be protected.

Finally, when it comes to the browser support, we're glad to report that both Google Chrome and Mozilla Firefox are covered with proxy extensions which don't offer the same level of protection, but get the job done. So as long as you're running a full-blown desktop app in the background, you're good to go.

A single Ivacy license lets you simultaneously connect up to 10 devices.

If you need a VPN service primarily to access websites that are banned in your organization, to stream videos or download files via BitTorrent -- Ivacy is a good option. Don't expect it to fly though, as it is far from a speed demon. Nonetheless, you will get the buffer-free experience for all supported services, Netflix being one of them.

The problem arises when you're connecting to/from countries in the Far East, when speeds drop to barely usable. For instance, connecting from Europe to servers in Japan is a terrible experience; so if you're looking for a VPN for the Land of the rising Sun, you're better off getting some other service.

The situation is equally dire when it comes to latency, making Ivacy a hard sell for gamers, who too are advised to get a different VPN.

On the bright side, upload speeds are more than decent and in local connections tend to match download speeds.

All in all, Ivacy could be a trusted ally only if you're connecting to servers in the Western hemisphere and is, in that context, equally good for streaming and torrenting (but not for gaming).

Ivacy lets you choose from several different VPN protocols, with (highly preferable) OpenVPN being one of the options. Encryption is via the super-secure AES-256 cipher.

Also included are features such as a VPN kill switch, DNS and IPv6 leak protection to prevent your IP address from being exposed should the connection drops. Plus, you can opt for a secure DNS add-on that stops any web traffic from being routed through (less secure) third-party DNS servers.

Finally, let's not forget split tunneling that lets you access both local and foreign content at the same time. For instance, you may want to access your online banking app with a local VPN and some other website with a distant VPN server - Ivacy makes that possible, which is neat.

Ivacy collects a minimum amount of unidentifiable metadata in order to maintain "smooth software functionality." The only two pieces of information it gathers include the country you connect from and the amount of bandwidth you use. These two alone can hardly lead to any individual user, so yes - your privacy is well protected with Ivacy. It even rhymes. ;)

Like that's not enough, the company is based in Singapore, meaning it is not subject to intrusive data laws or intelligence-sharing agreements with other countries. Even if some government requires access to its logs, Ivacy says it will take "appropriate measures" to address the issue promptly, explaining to them there is really no data to share. Nice.

Ivacy's desktop software could hardly win any contests for most nicely designed apps. Simply put, they feel unpolished but get the job done, nonetheless.

The main screen shows the basic information, such as the chosen server location and connection time. What's missing (for more tech-savvy users, at least) are your new IP address and perhaps a chosen VPN protocol -- after all, you can choose protocol on every connection.

Most users won't bother with this and would rather use the "Smart Connect" option that will automatically select the best-performing server closest to them.

On the other hand, those looking for extra tweaks can click on the settings (cog) icon to uncover options for features like VPN kill switch, IPv6 leak protection, split tunneling, protocol selection, and the ability to launch Ivacy on system boot.

Overall, we would say Ivacy is easy to use, but could use some help to make its apps slightly nicer looking.

Ivacy offers our favorite kind of support - 24/7 live chat, with prompt answers to any questions you may have.

In addition, there are comprehensive online resources covering setup procedures and tutorials with included screenshots, answers to most frequently asked questions, and more. The "search" functionality makes it easy to find your answer, and if that's not an option -- well, use the mentioned live chat support.

What's arguably missing are video tutorials which we did find on the websites of some other VPN services.

Ivacy has dedicated streaming servers that are optimized to work with popular services such as Netflix, Hulu, BBC iPlayer and others.

From little time we've spent with Ivacy, we found it to be a reliable "partner" for Netflix and Hulu, delivering the buffer-free experience every single time. With BBC iPlayer, the situation was a bit more complicated as Ivacy's desktop app alone refused to sing along the popular service. We did manage to make the iPlayer work using the Ivacy browser extension that, apparently, connects to different server(s). Go figure.

As that's the case with streaming, torrenting users will also be able to select an Ivacy server optimized for P2P traffic and benefit from reliable download and upload speeds.

Furthermore, the company is also offering a Kodi add-on to deliver that much better experience for fans of the popular torrent-enabled media streaming app. Could we ask for more?

As of this writing, Ivacy is no longer a viable option to use from China where the government is in ongoing pursuit against VPN service providers.

From what we're getting - there are no such problems in other high-censorship countries, such as Russia, Saudi Arabia and Iran. The reason is simple, China has more tech-savvy people working on this than other countries.

So if you need a VPN for China, you should check some other service (hint: there are some on our website).

Use a drop-down menu to compare Ivacy with other VPNs.

Ivacy will take your money in any shape or form. It can "handle" major credit and debit cards, PayPal, Alipay, Dotpay, Paymentwall as well as many cryptocurrencies.

Ivacy offers a 30-day no-questions-asked money-back guarantee which is only good if you're getting a 1- or 2-year subscription, and if you are NOT paying with crypto or via Paymentwall. Free trial is not available.

Ivacy offers a 30-day money-back guarantee that is of the no-questions-asked kind (they call it "hassle-free") -- which is the "kind" we like the most. However, this guarantee is not available if you're signing up for a single month of the service; rather it only comes included with 1- or 2-year subscriptions. Also, you won't get your money back if you paid using cryptocurrency. Free trial is not available.

The service is available on all popular platforms and can additionally be set up to work with your router so that all devices in your home/office benefit from a secure connection.

Ivacy isn't exactly a speed demon, but will get the job done, delivering buffer-free videos and more than decent upload and download speeds via BitTorrent. It can help you bypass your local network's restrictions and could also work in China -- though not necessarily due to the local government's ongoing battle against VPN services. As such, Ivacy is a valid (and affordable) option with a host of advanced privacy and security features. Worth checking out.