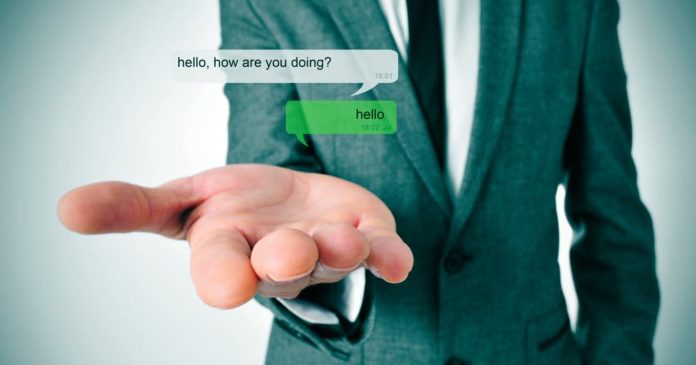 Many privacy advocates have already abandoned the use of mainstream messaging apps such as Whatsapp and Facebook Messenger. Rather, they prefer relying on more secure solutions that have proven their worth over the years, with zero leaks and dangerous hacks. After all, we want to keep our communication as private and secure as possible.

And so, savvy folks are turning to less known messaging apps that employ end-to-end encryption — making it impossible for hackers to get ahold of your communication and, from there – get your personal information. Said encryption relies either on public or private keys to secure your messages.

On the other hand, private key encryption (symmetric encryption) uses two private keys, both of which can encrypt and decrypt a message.

These methods vary among encrypted messaging apps, but asymmetric encryption is usually the most common.

That being said, here are the best encrypted messaging apps:

Available across platforms, Signal offers encrypted messaging along with voice calls and group chats. It uses its own end-to-end, open-source encryption protocol and has a self-destruct option for old messages. For what it matters, Signal’s encryption protocol is so good that WhatsApp and Facebook Messenger also use it now. Heck, even Edward Snowden has praised Signal.

And if you’re into customized wallpapers, stickers, and all that jazz — you’ll be glad to know that Signal also supports that. We at VPN Reports highly recommend Signal.

Another highly secure option that is especially popular in the Web3 / crypto community. The built-in security has something to do with that but also the fact that Telegram supports communities, allowing groups of users to — for instance — follow news of a company/organization. Facebook and some other platforms also offer this capability, but Telegram offers a more secure (encrypted) way to do so.

Finally, it’s worth noting that because of its strong encryption – Telegram is banned in a few high-censorship countries. We take that as a word of praise.

Wickr Me also relies on a strong open-source encryption protocol that made it popular among privacy advocates. Moreover, they never collect any customer data or metadata and even have a “shredder” feature that will automatically delete old messages and files. Like that’s not enough, you don’t even need a phone number or email address to sign up for Wickr Me. Pretty cool, right?

But how they pay for their expenses, you may wonder. Well, there’s the paid Pro version of the app that comes with encrypted group video calls — and there is obviously an audience willing to pay a premium for it.

Last but not least, Wire offers the same kind of strong encryption but is additionally interesting because it is based out of Switzerland. This gives them a leg up on privacy as Switzerland is known for some of the best online privacy laws in the world.

There is one catch though — Wire will collect some data about their users, emails included, to ensure device synchronization. However, when you deactivate your Wire account, this data is deleted.

If you need to use a messaging app, make sure to check out one of these, as they will make sure what you type won’t end up on the screen of a random hacker — or that it won’t end up feeding an algorithm in a tech giant’s data center. It’s your privacy and you should do your best to protect it.