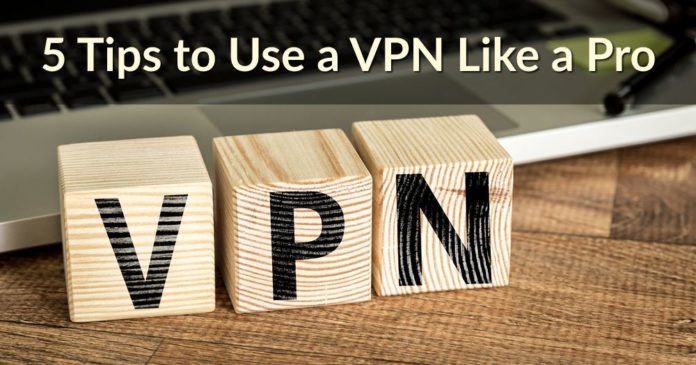 These days, everyone should be using a VPN. Why in the world would you want big corporations and governments to know your web whereabouts? There is no good reason for entrusting them with your data.

Getting a good VPN service is a good start, but there are a few other things you could do, as well. And that’s the point of this article – to share a few tips to help you use a VPN like a pro. Heck, we’ll also help you buy a better service. So, without further ado, here’s what we’ve got…

1. Set up your router to work with VPN

This way all devices in your home or office will benefit from a more secure connection, encrypting all the traffic coming to and from those devices.

There are two things that could stand on the way of this plan. First, not all routers support this capability, namely the cheapest ones. And second, not all VPN services let you do that — though most do. Heck, some even let you buy a new router that has been previously configured to work with their VPN service. This is arguably the easiest way to secure your entire network.

Once your router has been secured, devices such as streaming boxes, gaming consoles and smart TVs will also join the “VPN party,” making sure you truly are anonymous online.

2. Install VPN on your phone

In addition to your computer, a VPN can also work on your phone and/or tablet. This actually means you have got yourself one of the better VPNs as, sadly, not all of them provide mobile clients. The best do, offering apps for both iOS and Android platforms.

Once a VPN app is installed on your phone, you will benefit from similar protection to the one on your computer. We say “similar,” since most VPNs don’t have a mobile client that is as powerful as the desktop app. And there’s a good reason for this — data encryption is a processor-intensive task and could quickly drain your phone’s battery. Nonetheless, the mobile client will change your IP address to keep you hidden and protected on the web.

Starting a VPN app on your phone/tablet is especially important when connecting to open networks in a bar or some store where so-called Man-in-the-Middle attacks are particularly common. Simply activate your VPN’s mobile client before connecting to such WiFi networks and you’re good to go.

Everyone likes free, right? But when it comes to VPNs, you want to pay for the service. In this case, the free option comes with a massive price tag — your data and privacy.

You may have heard the saying that if something is free on the internet, YOU are the product. And it kinda makes sense since operating a VPN network comes with a cost. Either you as a customer will pay for it, or that will be an advertiser or a third-party to whom a VPN provider will sell your data.

So don’t be fooled into getting a free VPN – chances are, it is also way slower than any VPN with a price tag.

A free trial, presuming it’s available, is ok — cause that’s the part of a VPN provider’s marketing strategy to lure in new customers.

4. Get a long-term plan for the best deal

VPN providers offer their service in multiple plans — typically, you can choose between paying for the service on a month-to-month basis or get a longer-term plan. The latter option, obviously, gets you a better deal and can come with savings of up to 75% in some cases.

Heck, some VPNs even let you sign-up for 2- and 3-year plans when you will get much, much better deals. In case you wonder, this is the way we roll.

But, you may ask, what if I don’t like the service or it doesn’t work for me (where I live / work)? Most VPNs include a money-back guarantee which you should take advantage of if said service doesn’t deliver on its promise(s). It’s that easy.

Now that you’ve installed VPN on all your devices, it’s time for some real benefits. And they come in the form of cheaper air travel.

You see websites selling air tickets are notorious for tracking your whereabouts on their website(s) to learn how eager you are to get some ticket. Once they see you’re interested but don’t book at once, they will increase the price for YOU next time you visit their site. This way, you will want to rush your decision so that the price doesn’t increase further on.

With a VPN app, when you change servers and clear your web browser’s cache, travel websites always see you as a new customer and provide you with their best deals.

We’ve read stories of people using VPN to save tons on air travel, with their VPN purchase effectively paying for itself this way. That’s neat when you think about it.

A VPN software is easy to use and it is not hard to use it like a pro. Once you start doing that, you will never go back and surf the web unprotected. Not only will you get a more secure experience with a good VPN, but it could also help you save some serious cash on air travel.

So start today by checking out our list of Top 5 VPNs. We can pretty much guarantee for all the services on that list. Good luck. 😉