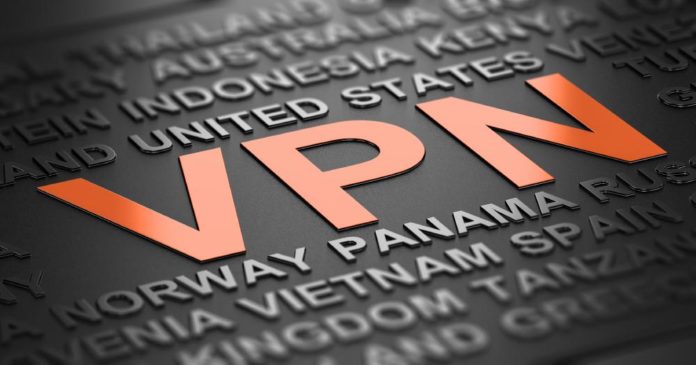 In another back-to-basics article, we want to explain the meaning of a VPN and show you how it works.

This is a rather important piece of technology that is getting more popular with the day because there is an increasing number of organizations that want to know what we’re doing online. Read on for details…

This tech mumbo-jumbo happens under the hood, and you may not even be aware that you’re connected to a VPN; all you have to do is press or tap the connect button, after which you’re good to go.

A VPN uses special protocols to encrypt all communication between your device(s) and the rest of the world, ensuring that no one can snoop into your data as it passes through the Internet.

You may have also heard of a double VPN (or double hop), using which internet traffic passes through two VPN servers instead of just one. This means that all traffic is encrypted twice, making for an even more secure connection. That being said, even a single VPN could use the unbreakable 256-bit cipher.

While a VPN connection is enabled, users are more protected online.

With its ability to encrypt data, a VPN makes sure that even if your traffic is intercepted – the savvy hacker can’t do anything with it.

In a different scenario, a VPN will protect your privacy by hiding your web browsing from the likes of Google and Facebook — both of which are notorious for keeping track of every step we make online. And there is no good reason to let them do that.

Just remember the Facebook-Cambridge Analytica scandal, and you get the idea of why you shouldn’t allow these companies to sniff around your web traffic.

Plus, it’s not just companies that want our data — there are also various government agencies looking to build our digital profiles by analyzing what we do online.

It is common sense to avoid using public Wi-Fi networks, but sometimes that is not an option. Sometimes you must complete a task using public Wi-Fi, and at those moments – you better have a VPN running on your device to stay safe from malicious actors trying to snoop into your traffic.

Public Wi-Fi hotspots are notoriously insecure, allowing savvy hackers to perform so-called “man in the middle” attacks by intercepting your traffic and getting personal information out of it. This is not an issue if you’re using a VPN.

Just keeping users safe on the Internet should be a good enough reason to get a VPN, but there are also other benefits you could take advantage of.

For example, you can use a VPN for accessing video streaming and other services that could otherwise be inaccessible to you. This is especially important when visiting other countries where a service like Netflix could block you from accessing your own account. That’s just the way these services work – they have content rights to deal with.

With a VPN – you will be able to trick Netflix’s servers into thinking that you’re in your home country (or wherever), while in reality – you could be on the other side of the globe.

A different use case for VPNs is for bypassing restrictions that could be imposed in schools and universities, workplaces, and high-censorship countries. Again, with a VPN, you get to select the (server) location and roam the Internet like it’s nobody’s business. Which is just the way it should be.

All in all, we believe everyone should be using a VPN these days. Simply put, it’s just the world we live in, and thankfully, we have a modern tool to protect us on the Internet. So if you still don’t have one, find it on our page with the Best of the Best VPNs. All of the services listed there have been tested for years and will keep your back no matter what you throw at them.

What are you waiting for? Act now and thank us later. 😉