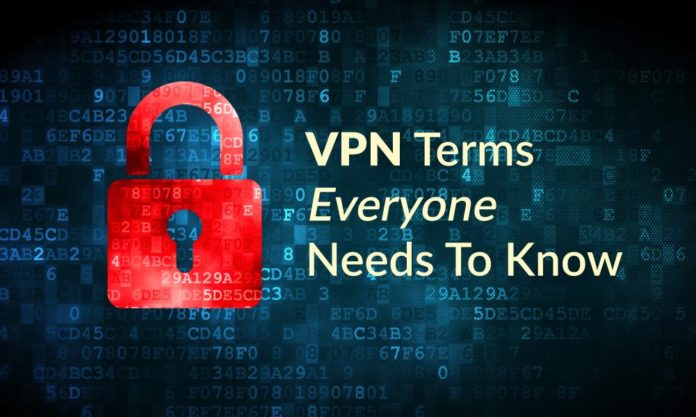 You’ve probably heard of terms like AES, P2P, killswitch and so on. VPN (Virtual Private Network) providers throw away these keywords like there’s no tomorrow. Some of these terms do sound professional and reassuring, but you may be wondering what they actually mean.

Don’t worry, we’ve got you covered — this article is all about that. We want to explain what many of the words you’ve heard stand for. Going from A to Z, here’s what we’ve got…

The Advanced Encryption Standard (AES) is a subset of the Rijndael block cipher developed by two Belgian cryptographers, Vincent Rijmen and Joan Daemen, who submitted a proposal to the National Institute of Standards and Technology (NIST) during the AES selection process. Rijndael is a family of ciphers with different key and block sizes.

AES has been adopted by the U.S. government and is now used worldwide. It supersedes the Data Encryption Standard (DES), which was published in 1977. The algorithm described by AES is a symmetric-key algorithm, meaning the same key is used for both encrypting and decrypting the data. It became effective as a federal government standard on May 26, 2002, after approval by the Secretary of Commerce.

AES is included in the ISO/IEC 18033-3 standard. AES is available in many different encryption packages, and is the first (and only) publicly accessible cipher approved by the National Security Agency (NSA) for top secret information when used in an NSA approved cryptographic module.

A killswitch is a tool to protect users from IP leaks. If a VPN connection suddenly stops, your data is going on an unencrypted channel and you’re not protected anymore.

A killswitch will not let this happen. It will drop the internet connection instantly so that no data goes on the unsecured network. This will bring your browsing to a halt but will protect your online anonymity.

Peer-to-peer (P2P) computing or networking is a distributed application architecture that partitions tasks or workloads between peers. Peers are equally privileged, equipotent participants in the application. They are said to form a peer-to-peer network of nodes like in a BitTorrent network.

Peers make a portion of their resources — such as processing power, disk storage or network bandwidth, directly available to other network participants — without the need for central coordination by servers or stable hosts. Peers are both suppliers and consumers of resources, in contrast to the traditional client-server model in which the consumption and supply of resources is divided.

While P2P systems had previously been used in many application domains, the architecture was popularized by the file-sharing system Napster, originally released in 1999. The concept has inspired new structures and philosophies in many areas of human interaction. In such social contexts, peer-to-peer as a meme refers to the egalitarian social networking that has emerged throughout society, enabled by Internet technologies in general.

A VPN is better than a proxy because a proxy will secure only what you do on your browser. Other applications that are running on your device will not be covered by it. However, a VPN will secure all the activities on your device.

Tor is free and open-source software for enabling anonymous communication. The name is derived from an acronym for the original software project name “The Onion Router”.

Tor directs Internet traffic through a free, worldwide, volunteer overlay network consisting of more than seven thousand relays to conceal a user’s location and usage from anyone conducting network surveillance or traffic analysis. Using Tor makes it more difficult to trace Internet activity to the user: this includes “visits to Web sites, online posts, instant messages, and other communication forms”. Tor’s intended use is to protect the personal privacy of its users, as well as their freedom and ability to conduct confidential communication by keeping their Internet activities from being monitored.

Tor protects a user’s privacy, but does not hide the fact that someone is using Tor. Some websites restrict allowances through Tor.

Latency, measured in milliseconds, is the time it takes for a packet of data to get from your computer, smartphone or tablet to your VPN server location. A server that is located farther from your actual location will generally have a higher latency than those located nearby. For a faster Internet connection, you want a lower latency. Also, low latency is a must for gaming over the web.

This is something every VPN company will claim they don’t keep. A connection log is basically a record of things that you do when you connect to the VPN. If a VPN keeps connection logs, it means they record certain movements you make online.

While some types of logs are essential for quality services, others are just an invasion of privacy. For example, crash logs tell the company how their app is performing. However, keeping track of which websites you’ve visited lets the VPN provider spy on you.

If you think we’ve missed some other term, don’t hesitate to send us an email. Or drop a comment below. We’ll make sure to add it as soon as possible. 😉