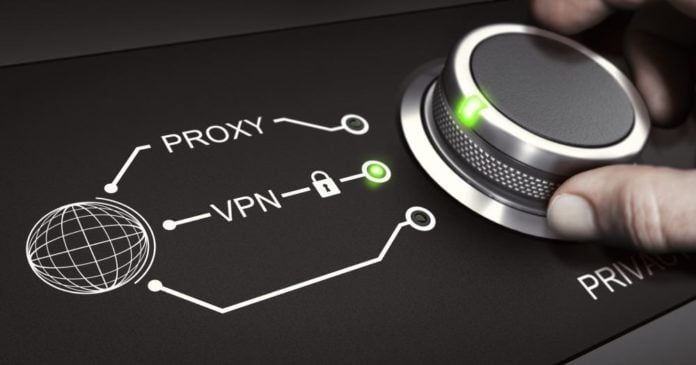 Proxy is oftentimes compared to the VPN, but the two terms are not the same. In this article, we’ll try to explain how proxy and VPN differ and why you should care. First, we’ll start by defining both terms and then compare them against each other. Let’s get started, shall we?

In other words, a proxy server acts as a relay between the website you’re visiting and your device — whether it’s your computer, smartphone, tablet, TV or something else. It’s like a middle-man that hides your original IP address and that could — but doesn’t have to — encrypt your traffic. The problem, however, is that proxy works only with a single app you set your proxy up with.

Generally speaking, there are three main types of proxy servers:

Next come VPNs which are similar but also better…

VPNs reroute Internet traffic in a similar way to proxies, while also hiding your original IP address. Also, they (at least the best VPNs) use what is considered unbreakable encryption so that no government agency nor major corporation can know what you’re doing online. Plus, they work across applications — not just in your web browser, but in all apps that are connecting to the Internet (unless you tell them not to use a secure VPN tunnel).

Plus, if you enable a VPN on a router level, all devices connecting through that router will benefit from a more secure connection — whether there is an app for them or not. This is especially handy for those with smart TVs, which usage is getting tracked these days, as well.

As such — and due to their low cost — VPNs are best suited for most users. With major VPN providers boasting thousands of servers across the globe, users can always “feel at home” and be able to access the websites and services they got used to — even in high-censorship countries.

For most users, VPN is a better solution. Period.

Generally speaking, VPNs provide for a better out-of-box experience with no settings and fancy options to deal with. These are included, but you don’t have to be an engineer in order to use a VPN. Simply fire-up the VPN app, select the server — or go for the one suggested by your VPN app — click “Connect”, and you’re good to go. It’s that easy.

The Best VPNs have more than a few thousand servers in their network, ensuring the true global connectivity and fast Internet speeds. We have a page dedicated to such (Best) VPN services that we advise everyone to check out.

So… what are you waiting for. Check it out and get yourself a VPN today. You’ll thank us later. 😉