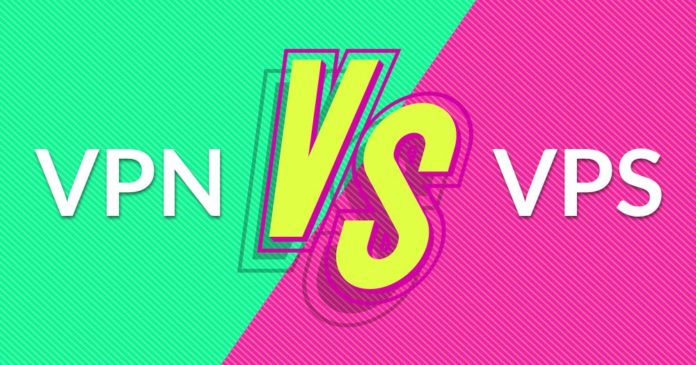 The terms VPN and VPS are often confused but they refer to two very different technologies. In this article, we’ll explain what each of these two terms means so you get an idea about their differences. Let’s start with the VPS, shall we?

The term VPS refers to a Virtual Private Server, which is a type of web-hosting service, offering a virtual server environment to host a website or a web app.

Generally speaking, companies and individuals buy a VPS as they are more affordable than dedicated physical machines while also offering better and easier management capabilities. For instance, a VPS user can easily order more RAM or more CPU cores when his/her web app requires more resources. With a physical machine, that would require much more work. This on-demand scalability is what makes VPSes so popular.

VPN, which stands for Virtual Private Network, is a very different kind of service. To start, it has nothing to do with web hosting though you could install your own VPN service on a VPS. That is complicated and pretty much over the top these days.

Rather, most users rely on off-the-shelf solutions like those we review on VPNreports. These services work as native apps across popular platforms, replacing the IP address provided by your ISP with a new one. With that new IP address, you are then able to access parts of the Internet that could otherwise be outside of your reach. This could happen at some workplaces, in schools and in high-censorship countries.

Also, you will be able to access popular streaming services from all over the world, whether they are available in your country or not.

Perhaps more important is that with a new IP address and with the built-in encryption a VPN offers, you get to protect your privacy online. This is becoming increasingly important as parties like Google and Facebook want to know everything about us. From where we stand, they don’t have that right – even though we accept their Terms of Condition in order to use their services.

As noted above, VPN and VPS are very different technologies and have very little in common. They just sound similar.

And since you’re on VPNreports, chances are you are looking to get yourself a VPN. We would argue you shouldn’t get any VPN but the best one – cause the price difference between the second-tier service and the one we consider to be the best is insignificant. To get started, visit our page with Best of the Best VPNs and take it from there. It’s your privacy and it’s worth every penny.