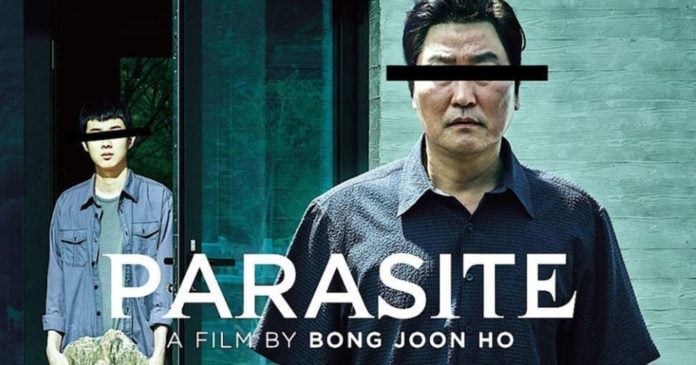 You may have heard of Parasite. Actually, if you haven’t – you’ve probably haven’t seen much entertainment media in a year or more.

It is an award-winning South Korean movie that has even managed to score four awards at the 92nd Academy Awards — including the award for the Best Picture.

So if you still haven’t – now’s the time to watch it. But first, let me explain a bit more what Parasite is all about…

What Parasite is all about?

Parasite is an Oscar-winning 2019 South Korean black comedy – thriller, which follows the members of a poor family who scheme to become employed by a wealthy family and infiltrate their household by posing as unrelated, highly qualified individuals.

The movie premiered at the 2019 Cannes Film Festival in May 2019, where it became the first South Korean film to win the Palme d’Or.

The film was considered by many critics to be the best film of 2019 as well as one of the best films of the decade, and is the 46th highest-rated film of all-time on Metacritic. It grossed over $258 million worldwide on a production budget of about $15 million.

It also won the Golden Globe Award for Best Foreign Language Film and the BAFTA Award for Best Film Not in the English Language, and became the first non-English film to win the Screen Actors Guild Award for Outstanding Performance by a Cast in a Motion Picture.

Hulu is the best place to watch Parasite online

If you’re into streaming, you can watch Parasite on Hulu where you’ll also find a number of other movies and TV shows. It is one of our favorite video streaming services, but unfortunately – it is not available all across the world.

Access to Hulu starts at $6 a month for an ad-supported plan or double that for the one without ads. There is also an option to get Hulu with Live TV, which costs a whopping $55 per month. There is a 7-day trial, though.

If you’re not in the US, you will have to use a VPN and grab a gift card to pay for the service — this is because Hulu only accepts American credit cards. You can get a Hulu gift card from MyGiftCardSUPPLY where you will also find gift cards of other popular streaming services. You never know when you’ll need ’em.

Watch Parasite on other services

In addition to Hulu, you can also buy or rent Parasite from other places. In most cases, renting costs $4-$6 while buying the movie will set you $15.

…You shouldn’t get it for any single movie, no matter how good it is.

The main purpose of a VPN is to make you anonymous online so that no one — including the Big Tech and various government agencies — can’t know your web whereabouts.

It does that by routing all Internet traffic through one of its servers that are spread across the world. And this same capability lets you unlock all streaming services — including US Netflix, HBO Max, and Hulu — to name a few.

In addition, a VPN keeps you protected while connecting to public Wi-Fi hotspots, while also hiding your Internet activity from your ISP.

Considering that everyone wants a piece of our data these days, we think everyone should run a VPN on his/her devices. In that sense, we suggest you check our list of Best of the Best VPNs and take it from there. You’ll never look back after you’re “in”. 😉