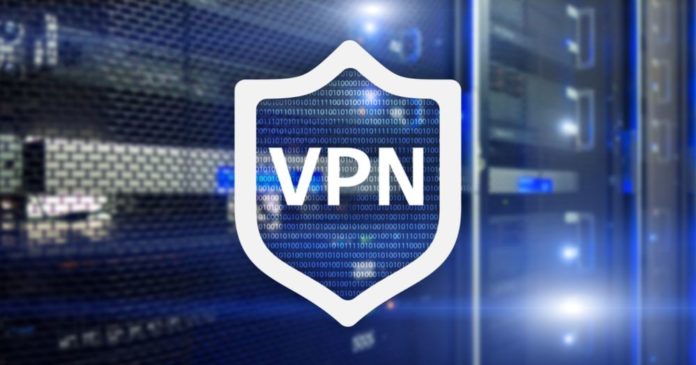 Everyone seems to be talking about VPNs these days, but what exactly does a VPN do? That’s what we’re going to explain in this article…

A VPN stands for Virtual Private Network, and it is a technology that extends a private network across a public network; as a result, users are able to send and receive data across public networks as if their devices were directly connected to the private network. All this happens in the background, with users not even knowing they’re connected to a VPN. In real life, they only click or tap the “connect” button, after which a VPN connection is established.

A VPN was originally invented to allow users to connect to their office network while they’re in a different location and then appear like they are connected to a local network. This then allows them to access resources that are otherwise inaccessible to those that are outside of the network.

To make this possible, VPNs use special protocols to encrypt all communication between the user’s device(s) and the rest of the world — ensuring that no one can snoop into the data as it passes through the network. These special protocols are used to establish a virtual point-to-point connection over existing networks. And that’s called a VPN connection.

Too complicated? Wait until you read about a double VPN, which presumes internet traffic flowing through two VPN servers instead of just one. This means that all traffic is encrypted twice, making for an even more secure connection.

That being said, we have to add that even a single VPN could use the unbreakable 256-bit cipher — though I guess some folks need more security.

Because it encrypts data coming to and from your devices and the rest of the Internet, a VPN makes sure that even if your data is intercepted — the hacker wouldn’t be able to do anything with it.

In a different setup, a VPN protects your privacy by hiding your IP address from the likes of Google and Facebook, as well as various government agencies — all of which are collecting all data on all of us they can. Just remember the Facebook-Cambridge Analytica scandal to get the idea.

Not everyone knows that public Wi-Fi networks should be avoided, and sometimes, that is not even the option. But when you have to use public Wi-Fi, you better also have a VPN running on (all) your devices to stay safe from malicious actors trying to snoop into your traffic.

This “traffic snooping” in public networks is also called the “man in the middle” attack, and it’s been rising in popularity in recent years. Luckily, so has the use of VPNs.

VPN has much more to offer…

Aside from keeping folks more secure and protecting their privacy, a VPN also allows users to access content and services that would otherwise be outside of their reach. This capability, in case you wonder, is especially popular for fans of the streaming services who want to access a service that is (still) not available in their country.

With a VPN, you can trick the likes of Netflix into “thinking” that you’re in the U.S. (or some other place), while in reality — you could be on the other side of the globe.

In a different scenario, VPNs are used to bypass restrictions that could be imposed in schools and universities, workplaces, and high-censorship countries. With a VPN, you get to select the (server) location and roam the Internet like it’s nobody’s business. Which is just the way it should be – nobody’s business but yours.

All in all, it is our strong belief that everyone should be using a VPN these days. If you still haven’t found one for yourself, make sure to visit our page with Best of the Best VPNs. All services listed there have been field-tested for years, and you won’t go wrong by picking any one of them. Check it out and send us a “thank you” note later. We love you too. 😉