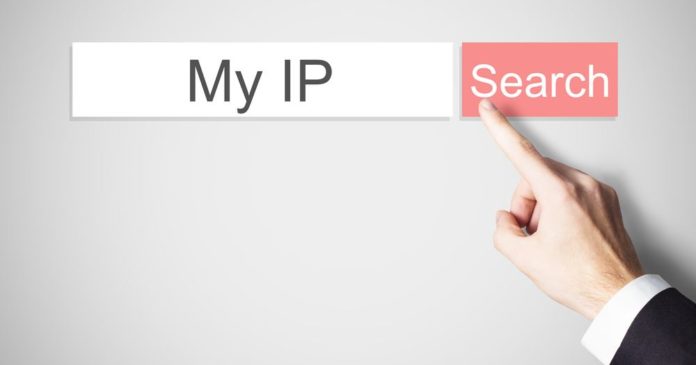 We get asked a lot about what does a VPN hide. The answer to this question is rather simple – it hides your IP address and by doing so, it also makes it harder — if not impossible — for various government agencies and major tech giants to track you down.

But I’m getting ahead of myself. Let’s first see how VPN hides your IP address, shall we?

How VPN hides your IP address

By connecting to a VPN, you get a new IP address and as far as the rest of the world is concerned – that is your real IP address (rather than one provided by your ISP or mobile operator). And if we’re talking about a zero-logs VPN service provider, there is no way for anyone to track you down. A government agency may discover that you have been using a VPN service — cause some governments keep track of their IP addresses — and that’s it. Because all online traffic with VPN is encrypted, they have no clue what you’ve been up to online.

In the more strict regimes, the police may decide to raid the VPN provider’s office and seize their servers. But, if there are no logs to tap into, they will leave empty-handed. This is the reason why you should go for the VPN service with proven (audited) zero-logs policy.

A VPN hides your location

Since your IP address tells a lot where you’re connecting to the Internet from, by hiding it – a VPN is also hiding your location. You see, every ISP has a limited number of IP addresses many of which have been designated to certain locations, making it easy for tech giants to track you down, only to serve you their personalized mambo jumbo ads.

We don’t like that — it’s spooky — thus, with a VPN – we show them that we’re on some other place. Take that Google. And Facebook. And various government agencies that think my privacy is worth next to nothing.

Now, whenever I search the web, I get results that are NOT related to my previous search history, location and other data that Google has been collecting about me.

But that’s not all – I also use this trick when searching for airline tickets and only when I find the price I like, I log into my account to complete the purchase. This way I get better fares.

A VPN hides and protects your personal data

This is especially important when connecting to public Wi-Fi hotspots, where savvy hackers can perform the so-called man-in-the-middle attacks to steal your logins and passwords, and eavesdrop on private communications. With VPN encrypting all data between you and the VPN server, you are free to roam the world wide web like it’s nobody’s business. Cause that’s the way it should be. And your personal data that could be exchanged in the process stay yours and yours only.

With that being said, we must add that everyone should be using a VPN when traveling. Simply put, you won’t always be able to connect to secure networks. With VPN turned on, there is no reason to worry about that.

A VPN hides your web browsing

If you didn’t know, your web browser’s incognito mode is everything but incognito. The websites you’re visiting still know where you’re from and a few other details. The cookies you receive during that browsing session will be removed for sure, but the website can still identify you if you visit them from the same IP address a few minutes afterward.

With VPN, you can always connect to a different server, making it next to impossible for websites to know a thing about you. As far as they (don’t) know, you will always appear to them as a first-time visitor. So if they have some special offer for such folks (first-time visitors), you will be able to take advantage of it multiple times.

In a similar fashion, with a VPN app turned on – you get to safely browse the web from your office. Meaning, even if your boss has the tools to spy on his/her employees, he/she won’t be able to know what you’re doing online — with VPN encrypting all information along the way.

You may don’t need a personal account on all social media websites. Perhaps you want to drop some anonymous comments from time to time. Perhaps you can’t speak up with your real name on certain issues.

You can connect to a distant VPN server and create a new account on some site. Now, you will be able to share your two cents using your newly created online persona wherever and whenever you want. No one will know it’s you.

Similarly, a VPN will keep your identity under the radar when visiting other websites, making it that much more liberating to speak your thoughts. We don’t argue for any kind of hate speech here, mind you.

In many countries, downloading movies using BitTorrent is not legal. And while we don’t advocate piracy — quite the contrary, we think you should buy the content you want to watch or listen to — we do think it is our right to use BitTorrent without asking for anyone’s permission. Worse yet, we like using the Internet without worrying that someone’s always looking behind our shoulders.

Again, a VPN helps a lot by masking all torrenting as regular HTTPS traffic. In other words, as far as your ISP is concerned, you are just accessing some secure websites and it can do little about it. There is no way for them to snoop into your web traffic to reveal what exactly are you doing online.

Last, but not least, a VPN makes it more secure to use your smartphone. As an always-connected device, the way you use your smartphone tells a lot about you to other parties (think: Facebook, Google, ISP, government, etc). And because we’re talking about a device with a built-in GPS, those other parties also know “every step you make.” Except if you turn on a VPN… It will not only replace your real IP address with a new one but could also spoof the location data so that trackers have the wrong idea about your whereabouts in the real world.

Yes, this leads to you not receiving special local offers — if you ever benefited from such things — but you’ll get more freedom. And that, we think, is well worth it.