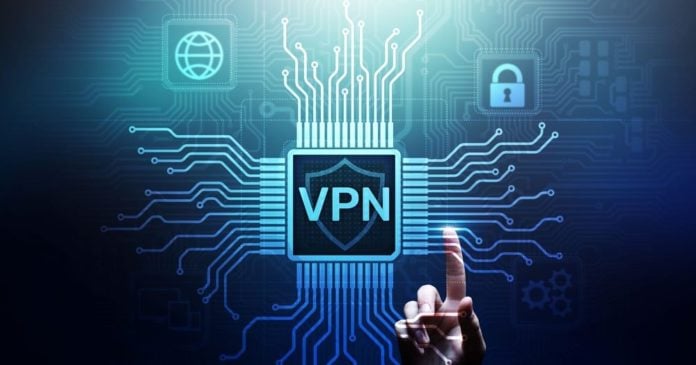 Last week, one of our readers sent us a question, asking “what is a secure VPN” to which we’ve quickly replied that it is pretty much every decent VPN as it provides a secure connection between your device(s) and the rest of the Internet. We’ve also promised to provide a more detailed answer in an article, and today – we’re bringing you that article. So read on for details…

To understand what is a secure VPN, you have to know how a VPN works, which we’ll explain below.

How does a VPN work?

VPN, which is short for Virtual Private Network, is the technology that allows you to send and receive data across public networks as if your devices were directly connected to the private network. This happens in the background and you may not even realize that you’re benefiting from a secure VPN connection, as all you have to do is tap/click “connect” in your VPN app and you’re good to go.

Originally, this technology was invented to allow users to connect to their home or office network while they’re on a different location. This was made possible by using special (VPN) protocols that encrypt all communication between your device(s) and the rest of the world. As a result, no one can snoop into your data as it passes through the network.

So, what is a secure VPN?

A secure VPN is pretty much any VPN that delivers on this promise – it uses encryption to make sure your data travels securely across the Interwebs. It’s that simple and all VPNs we talk about on our site we consider to be secure.

In fact, all of them will protect you in two different ways:

Because they encrypt all traffic on the Internet, VPNs make sure that even if your data is intercepted – the malicious actor can’t do anything with it.

In a different scenario, VPNs protect your privacy by hiding what you’re doing online from tracking scripts that are spread all over the place.

You probably remember the Facebook-Cambridge Analytica scandal, right? Well, you know where this tracking could lead if left unchecked.

2. VPNs will protect your when connecting to public Wi-Fi

We all know that we should refrain from using public Wi-Fi networks whenever possible. Well, sometimes we have to use them and then, we better have a VPN running in the background.

Chances are you are not the only one using that public Wi-Fi and, sometimes, the same network could be used by a tech-savvy malicious actor – who may be able to intercept your traffic and get ahold of your personal information. Not if you’re using a VPN, as it will encrypt all data making any “catch” useless for the hacker.

That’s why you can call it a secure VPN…

VPNs will do other things for you

In addition to the reasons mentioned above, good VPNs can “perform other tricks” for you. For instance, they can unlock parts of the Internet that would otherwise — without a VPN — be outside of your reach. This is especially important in high-censorship countries where many of the biggest sites and services are not available to the general public.

Or you may want to access a service or join an online gaming tournament that is not available in your country – you can do that with a good VPN.

We’ve just scratched the surface here, but you get the idea why we all need a VPN these days. Love it or hate, it’s just the world we live in.