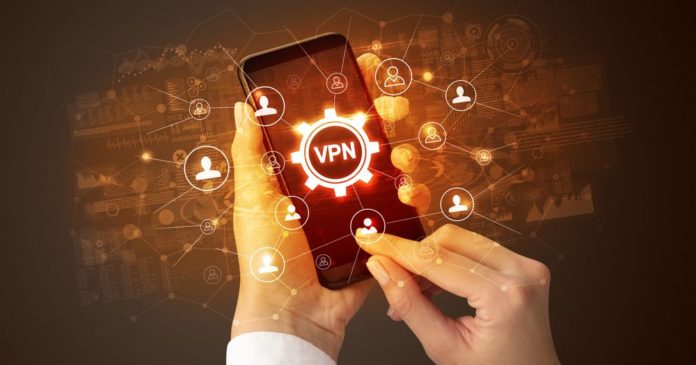 Today, we’re addressing one of the most frequently asked questions – what is a VPN and why do I need it. It’s one of those questions we get asked both online and offline — from our friends, family members and so on. People have heard of VPNs but they are unsure what they’re all about and whether they need one or not.

So without further ado, let’s try to answer what is essentially a two-part question:

What is a VPN?

A VPN stands for Virtual Private Network; it is a technology that extends a private network across a public network to enable users to send and receive data across shared or public networks as if their computing devices were directly connected to the private network. It sounds complicated, but it really isn’t.

To put it in plain English – with a VPN, you get to connect to your home or office network while you’re on a different location; and as far as your network (computers in the network) is concerned, you are connected to a local network.

Typically, all communication is encrypted making for secure communication between your computer (or other devices) and the rest of the network. In that sense, the technology itself was developed to provide access to corporate applications and resources to remote or mobile users, and to branch offices.

In other words, a VPN is created by establishing a virtual point-to-point connection through the use of dedicated circuits or with tunneling protocols over existing networks. From a user perspective, the resources available within the private network can be accessed remotely.

Why do you need a VPN?

There are many reasons people are getting a VPN these days. Here are some of the most popular ones:

1. Privacy
Arguably, this is the most important reason for getting a VPN but we also acknowledge that some folks will disagree with that (cause some people only want a VPN to access Netflix or Disney+ and that’s ok, as well). The infamous Facebook-Cambridge Analytica scandal is still looming large in the minds of many folks, prompting folks to turn to VPNs to hide their digital breadcrumbs. There is no good reason to share your web whereabouts with the likes of Google and Facebook, let alone government agencies. With a VPN, you make it harder for them to keep track of you online. It will mask your digital footprint and let you virtually select the location you want/need at any given moment.

2. Accessing video streaming services
US Netflix users can’t access their favorite streaming platform while traveling abroad. It has nothing to do with Netflix — and other streaming services for that matter — and everything to do with the way content rights are bought and sold on the world market, with some companies getting exclusive rights for certain regions. This limitation, however, could be bypassed with a VPN running on your device(s). A VPN does the trick by routing all traffic through its servers that are typically placed all around the world. The U.S. — unsurprisingly — hosts most servers so there is plenty of options (locations) to choose from.

3. Bypassing internet restrictions
We’re not necessarily talking about adult content here; for instance, some workplaces prevent users from accessing Facebook and YouTube. Similar rules are imposed on many schools and universities where, for one reason or another, admins don’t want students to have fun online. What’s more, access to many of the most popular websites and services is blocked in some high-censorship countries. Think: Facebook, YouTube, global news media and even Skype (for some reason). Again, a VPN can bypass these restrictions with local servers and ISPs seeing nothing but a regular HTTPS traffic – which they can’t snoop into.

4. Protecting your communication
A VPN works as an additional tool in your security toolkit. While it’s not an anti-virus replacement, it helps keep you safer online. This is especially true when connecting to public Wi-Fi hotspots where a malicious actor could snoop into your web traffic and potentially get ahold of your personal information. That, of course, could happen without using a VPN; otherwise, a hacker wouldn’t be able to get any meaningful information from your secure connection (between your device and a VPN server that routes your internet traffic). This way, a VPN prevents the so-called “man in the middle” attacks.

5. Helping you save on airfare
Have you ever noticed how airfare prices change during the week? How about a single day? Airlines are notorious for their dynamic prices that are influenced by a number of criteria, your potential interest in purchasing some tickets being only one of these factors. But it’s a factor nonetheless. So, if you have a VPN and connect to different servers throughout the day – you will always get the best price that is typically reserved for new customers. This way, you can potentially save some serious money on air travel, with a VPN pretty much paying for itself. Try it out and never look back.

We have just scratched the surface here. A VPN lets you do much, much more. Nevertheless, the reasons outlined here should help you “push the button” and get a VPN if you still don’t have one. Or you may have the one that doesn’t work for you.

Where to get a VPN?

The right question is – where to get the right VPN for your needs? We suggest you start by checking our page with Best of the Best VPNs where you’ll find only the field-tested services that won’t let you down no matter what you’re up to. You will be able to use these VPNs to access popular video streaming services, bypass various restrictions, and anonymously browse the web. Check it out today and feel free to thank us later. 😉