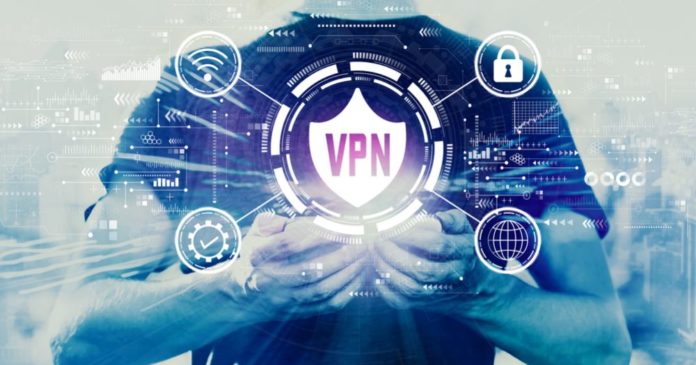 As you probably already know, a VPN stands for Virtual Private Network, which is the technology that lets you connect to a remote (VPN) server and get a new IP address — all while encrypting your connection. Double VPN does it two times and in this article, we want to explain how it works, why and when you should use it — if at all.

In a double VPN setup, internet traffic passes through two VPN servers instead of just one. This means that all traffic is encrypted twice, making for an even more secure connection. Then again, even a single VPN could use the unbreakable 256-bit cipher.

Different services have a different name for double VPN, with some calling it double-hop, multi-hop, cascading, nested, or chained VPN.

Basically, here’s how data is transferred in a double VPN setup:

Incoming data goes through the same process in reverse.

On the downside, this setup could cause the VPN to slow down except if you’re using a fast service that (obviously) has fast servers.

Nevertheless, double VPN will make it even harder for government agencies and the Big Tech to track you down. As far as they (don’t) know, you are accessing the Internet from the second server — which can be located on the opposite side of the globe.

Do you need a double VPN?

In most cases, the answer is NO. You can perfectly “get away” with a regular VPN which will keep your communication secure enough, hiding your IP address and encrypting all traffic coming to and from your device(s). With a double VPN, you effectively double that protection, but that feature could — and probably will — affect the speed of your Internet connection.

Perhaps double VPN is needed for journalists, whistleblowers, and political activists in countries with authoritarian regimes. That setup gets them an extra layer of security which could be important.

However, if you just want to watch the latest Netflix show, the regular VPN is just fine. And the same goes for torrenting and casual web surfing.

What are the best services offering double VPN?

This one’s easy with most of the top VPNs offering this capability out of the box, though — as we’ve noted above — some refer to it as multi-hop capability. For the fast experience, you can rely on – get one of the services from our Best of the Best VPNs list. These are all field-tested VPNs that won’t let you down.

So the question for you is – do you really need a double VPN?