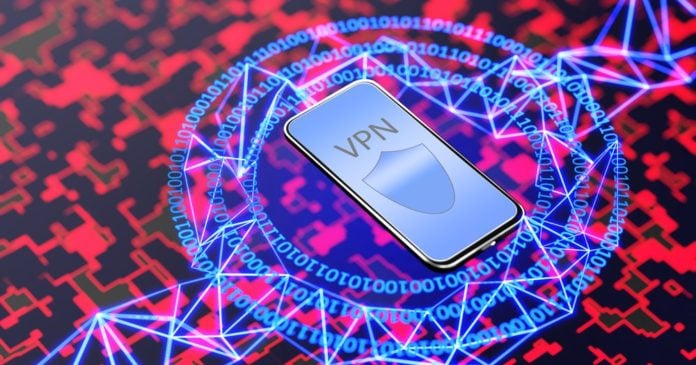 You may have heard that some VPNs are offering split tunneling support but are unsure what that is all about. It is one of the features pretty much all of the best VPNs have, making it fairly important to understand. And that’s what today’s article is all about. Read on for details…

Split tunneling is a networking concept that allows access to dissimilar security domains like a public network (Internet) and a local network at the same time. The cool part is that this could be accomplished using the same OR different network connections (like WiFi and a cable connection).

When using a VPN, you will — for instance — rely on the VPN app to connect to a corporate network using a hotel wireless network. At the same time, if split tunneling is enabled, you can connect to other websites without a VPN, using the gateway provided by the hotel network.

Should I use split tunneling?

To help you answer this question, let us imagine a setup in which you’re connected to a slow network but you need to access your online banking account or connect to the company’s server. These kinds of connections have to be secure, despite the (slow) speeds.

So you’ll want to enable split tunneling to securely connect to a certain website (or service) while browsing the web using the local connection — such as a hotel hotspot or a Wi-Fi network at your friend’s house.

In such a scenario, you will get a secure connection to the critical resource, without losing access to local network devices. Also, a VPN will conserve the local network’s bandwidth as not all Internet traffic will pass through the VPN server — thus making the maximum use of the slow network.

Are there security risks of split tunneling?

Sure there are as your connection will remain partly open, but split tunneling will still provide you with a more secure way to access the Internet — compared to the regular connection without a VPN.

Nevertheless, you should be careful which parts of the Internet you keep accessing without a VPN turned on — so that you don’t end up with malware.

The best VPN services let you define the apps and websites that must go through the VPN connection as well as those for which there are no such requirements. Make sure to spend some time exploring these settings as it’s well worth the effort.

Which VPNs include support for split tunneling?

Pretty much all of the top-notch VPNs come with split tunneling support. And you don’t have to look for them too much — that’s why we’ve prepared the list of the Best of the Best VPNs.

All of the services listed on that page support split tunneling and all will let you anonymously browse the web, download files, and do just about anything else without worrying that someone is watching every step you make.

You also get to conduct your business in a (more) secure manner, connecting from previously defined IP addresses to your office wherever it happens to be. Plus, connecting to public Wi-Fi hotspots is no longer a risky endeavor, with VPN encrypting all communication between your device and the server you’re connecting to. Which, again, is the same capability that prevents even your ISP from knowing what you’re doing online.

To sum it up, with a VPN you get more freedom. And that, we believe, is priceless. So stop everything you’re doing, and get yourself an awesome VPN today!