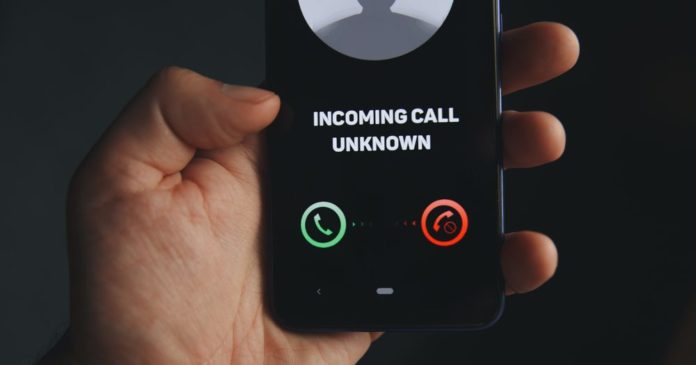 Receiving calls from an unknown number might make some people anxious. They may wonder who the person on the other end of the line is and what does he/she wants? Could it be one of those phishing calls or yet another telemarketer trying to make a quick buck?

In today’s article we’ll try to help you out so that the next time you get a call from an unknown number, you are more relaxed and know exactly what to do. Read on for details…

If you don’t expect a call from someone you don’t have in your address book, you should NOT answer. It’s that simple.

And this is especially true if the call is coming from a strange area or country code, even though today’s scammers can have a fake called ID and show you a local area code. Still, you should NOT answer.

If it’s an urgent matter, they can always leave a message in your voicemail. Or if they know you, they can send you an email or a text message.

Don’t sweat over it – you are not missing anything.

But you may want to bring this to another level, which brings us to the next section…

How to stop spam calls for good?

You may want to stop these calls from unknown numbers for good. There are a few ways to do this:

Add your phone to the Do Not Call list
In the US, the FCC operates a national Do Not Call list to protect users from unwanted calls. You can add yourself to this list by calling 1-888-382-1222 (voice) or 1-866-290-4236 (TTY) from the phone number you wish to register. Alternatively, you can do it online through the website donotcall.gov. Once registered, telemarketers will have to remove you from their calling lists within 31 days.

Silence unknown numbers on iPhone
There is an option for iPhone users to automatically send calls from unknown numbers to voicemail. With this option turned on, the caller — if he/she is legitimate — will let you know what they wanted so you could eventually call them back (or not). The feature is available from Settings -> Phone and then scrolling down to “Silence Unknown Callers.” Simply tap it to toggle it on.

Block unknown callers on Android
Android users also have an option to deal with calls from unknown phone numbers. The difference is that these calls will be automatically blocked instead of being sent to voicemail. But the effect is the same – you get to be protected from unknown calls. To enable this option, tap the Phone icon and then the three dots. From there, go to Settings -> Block numbers and toggle “Block Unknown Callers” to on.

Use a third-party app
Calls from unknown phone numbers are so annoying that they represent a business opportunity for some companies which have developed apps to tackle this issue. Some of these apps could be available from your mobile operator (major carriers in the U.S. offer them), but there are also those anyone could install on their smartphones — such as Hiya and RoboKiller. You may want to try them out.

Block individual numbers
The last thing you may want to do is to block individual phone numbers. This tends to presume that you have already received a call from one of these numbers. If that’s the case, go to your call list, tap on the Info icon to get more information – and find your way to the “Block Contact” or “Block this phone number” option. Both Android and iPhone support this, it’s just that they call it differently.

Don’t forget to use a VPN

A VPN won’t protect you from calls from unknown numbers, but it will protect you from malicious code that is these days spread all across the web. Also, a VPN will make it impossible for hackers to snoop into your traffic while connecting to public Wi-Fi hotspots. The number of these so-called “man in the middle” attacks has been increasing in recent years, but luckily so has the use of VPNs.

Smart people know how to protect themselves and since you’re reading this, you must be smart, as well. So if you still don’t have a VPN, now’s the time to change that. Hop over to our page with Best of the Best VPNs and get yourself the tool that we take to be must-have these days. You can always thank us later. 😉