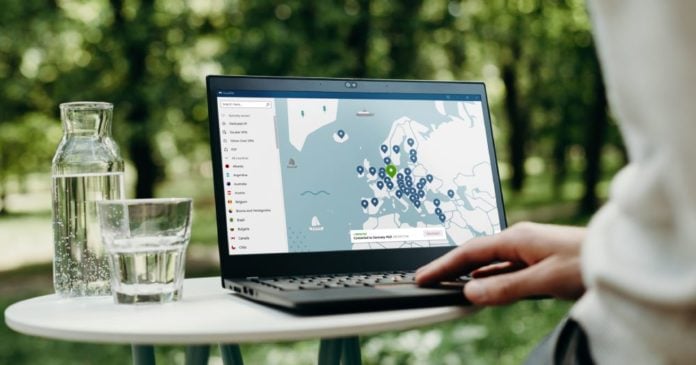 As a website dedicated to review of VPN services, we test more VPNs than most people do. And out of all services, we select those that we deem perfect for a number of different scenarios. You can see which VPNs we’ve selected for different services, countries and more from our “Find a VPN” page.

But what if you want just one “universal VPN” to cover all kinds of needs you may have? For that purpose, we suggest getting… NordVPN. Read on for details…

The elements of the best VPN…

We started by defining some criteria before selecting the Best VPN to see how a service performs in different situations, including:

Torrenting
Can a VPN “handle” torrenting? We’ve seen VPNs that have servers dedicated to such (P2P) traffic as well as those that have all servers in the network up for the task. Both approaches work; it is just that in the former case, we’d like to see P2P-dedicated servers clearly marked on the list.

Streaming
Does a VPN let you access all popular streaming services? Can it get you a buffer-free experience from different servers and physical locations? On the other hand, can a streaming service detect that you’re using a VPN? Are there servers dedicated to streaming? How about those dedicated to Netflix (still the king of the market)?

Unrestricted access
Can you use a VPN to bypass any restriction your ISP imposes? How about when connecting from a college campus? Can it do that without IT admins knowing every step you make online? You don’t want a VPN that can’t handle the relatively simple school firewall…

Bypassing censorship
Related to the previous point – can you use a VPN in a high-censorship country such as China, North Korea, UAE, Iran, Saudi Arabia, and so on? The Great Firewall of China is probably the toughest to crack, but the best VPNs are up for the task.

Speed and reliability
What kind of speeds can you get from a VPN? Because, if the experience is too slow, you won’t be accessing YouTube despite it being possible. Similarly, you’ll want a VPN that delivers consistent download and upload speeds you can rely on every single time. In many cases, reliability is more important than speed.

Overall great
Not all VPNs are up for everything you throw at them, but there are those that will have your back in pretty much all situations. That’s why we went for NordVPN, which we have found to work across all scenarios. It will let you access YouTube and Netflix from all around the globe while offering strong zero-logs privacy – which is confirmed by a third-party audit.

Yes, there are free VPNs…

You have probably seen ads for free VPNs, but you are best avoiding them.

Simply put, it takes a lot of money to build a solid server network and offer a reliable VPN service. This is something free VPNs can do only if they sell your data. And that kills the point of getting a VPN in the first place.

Instead, you should want a rock-solid VPN that has a proven track record of working from anywhere in the world. And that’s why we suggest signing up for NordVPN!

It offers a money-back guarantee that lets you get your money back in the unlikely case it doesn’t work for you. It is always good to know that such an option exists…

We are hoping we have convinced you to trust NordVPN for securing your Internet connections – here’s what it will do for you:

Convinced? Hit the link below and get yourself the best VPN today – NordVPN.