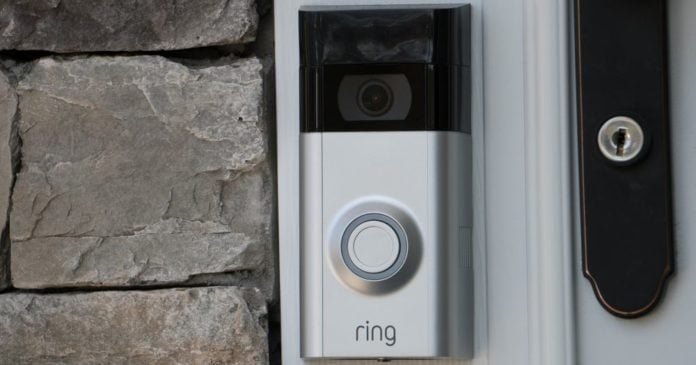 Amazon has been blamed in the past for providing Ring camera footage to police without a warrant or consent, but that hasn’t stopped the tech giant from doing it again and again. What’s more, they are not hiding that.

“We also may disclose personal information about you (1) if we are required to do so by law or legal process (such as a court order or subpoena); (2) to establish, exercise or defend our legal rights; (3) when we believe disclosure is necessary or appropriate to prevent physical or other harm or financial loss; (4) in connection with an investigation of suspected or actual illegal activity; or (5) otherwise with your consent,” Ring’s privacy policy states.

Nothing wrong with the majority of this, except for the third point which leaves room for interpretation – and it’s fair to say this is where Amazon’s legal argument stands. Does this mean they could share stuff with police departments without a warrant? It doesn’t sound like that, but I guess it could be interpreted in a number of ways.

Now, you would think you can go for a different smart camera brand; think again, because Nest is doing it, as well:

“We will share personal information with third parties if we have a good faith belief that access, use, preservation or disclosure of the information is reasonably necessary to (i) meet any applicable law, regulation, legal process or enforceable government request; (ii) enforce Nest policies or contracts, including investigation of potential violations; (iii) detect, prevent or otherwise address fraud, security or technical issues; (iv) protect against harm to the rights, property or safety of Nest, our users or the public as required or permitted by law,” Nest’s policy reads.

The privacy advocate in me would like these policies to say: (i) With a warrant. (ii) With your permission. It should be that simple.

Unsurprisingly, cops love the idea of accessing extra camera footage without much hassle. In an internal memo, Amazon shares praise from Sgt. John Massi of the Philadelphia Police Department, who said, “Wish I had some better wording for this but to put it bluntly, this is just F*CKING AWESOME!” in regard to Ring’s relationship with law enforcement.

The problem is that the police department is NOT Amazon’s customers who should know more about where the footage from the camera they bought ends up.

Is this really for the greater good?

We can envision a scenario where a police department could use smart camera footage to solve a crime. Nothing wrong with that. In those situations, however, they should either get the camera owner’s consent or a warrant. That’s how things should work.

Instead, what Amazon is doing with Ring is violating their users’ privacy. Who knows what kind of video police officers get to watch? Can some smart AI really remove all the personal stuff from the footage? Perhaps it can, but we’re not sure.

With so many sensors and smart devices all around us, it is getting harder and harder to protect our privacy.

The general rule of thumb is to avoid these smart devices as they send the data collected to the cloud from where, we can see, it can be picked up by police.

Additionally, you should strive to leave a minimal footprint on the Internet and be careful what you share and with whom.

Finally, you should use a VPN to at least make it a bit harder for governmental and non-governmental organizations to keep track of every step you take. It will change your IP address thus hiding your real location from pesky trackers. Also, a VPN will encrypt all data coming to and from your devices, making it impossible for anyone to sneak into your traffic.

So what are you waiting for:

You can always thank us later. 😉