Best VPNs for Bangladesh in 2022 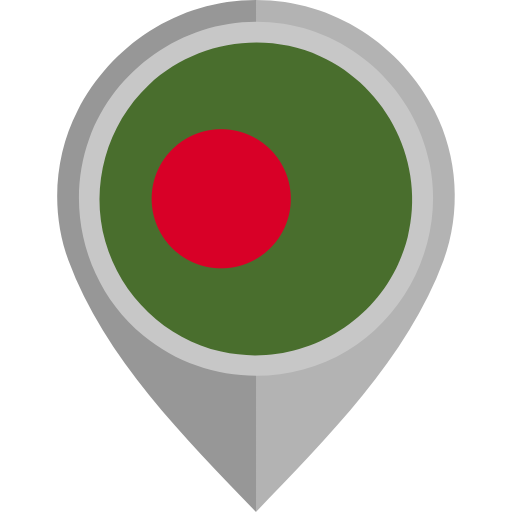 When it comes to the Internet, Bangladesh is everything but free. A number of popular websites is blocked and that list keeps growing with the day.

So in order to get access to “everything that’s out there,” you should fire-up your favorite VPN app and you’re good to go. From that point on, your requests will be routed through one of the VPN’s servers letting you access websites you want as well as services that would otherwise be inaccessible to you.

This, in case you wonder, also includes popular streaming platforms such as Netflix, Disney+, HBO Max, and so on.

Also, with a VPN, you will get to hide your whereabouts from tech giants like Google and Facebook, which seemingly can’t get enough of our data.

And that’s just the tip of the iceberg. The bottom line is – all of us need a VPN these days, and these are the best options for Bangladesh:

This content filtering is regulated by existing legal frameworks that restrict material deemed defamatory or offensive, as well as content that might challenge law and order.

The first known example of Internet censorship took place in July 2008, when the local blogging platform Sachalayatan was reported to be inaccessible and was forced to migrate to a new IP address.

YouTube was also blocked for a few days in March 2009 in order to protect the “national interest”. The disputed video covered a partial audio recording of a meeting between the prime minister and military officials, who were angry at the government’s handling of a mutiny by border guards in Dhaka that left more than seventy people dead.

YouTube was again blocked in September 2012 after ignoring requests to remove the controversial film, Innocence of Muslims, from the site.

Facebook too was the victim to this filtering craze, having being blocked for 7 days starting on May 29, 2010, because of “obnoxious images” — including depictions of Mohammed and several of the country’s political officials as well as links to pornographic sites. The block was lifted after Facebook agreed to remove the offensive content. During the same period, a 30-year-old man was arrested in the Bangladeshi capital on charges of uploading satiric images of some political leaders on Facebook.

This wasn’t the last time Facebook was targeted, though. In November and December 2015, the government blocked a few social media websites (Facebook included), for a period of twenty-two days. The purpose was to quell militant violence and opposition unrest as reactions to a death penalty to two opposition leaders, Salahuddin Quader Chowdhury and Ali Ahsan Mujahid, for war crimes committed in the 1971 independence war.

Finally, in May 2013, the government asked international internet gateway operators to reduce the upload bandwidth of ISPs by 75% in an effort to prevent illegal VoIP. There is speculation that the bandwidth reduction is actually an effort to make it difficult for people to upload “problematic” videos, images, TV talk show clips, etc. in social media.

The Government has approved the usage of Deep Packet Inspection (DPI) to monitor web traffic — which is the same technology China uses to police Internet content.

According to Freedom House, Bangladesh is partly free and the situation went further south during the COVID-19 pandemic.

After Sweden-based Netra news claimed two million would die in the pandemic in Bangladesh, government intelligence agents visited the mother of its editor, Tasneem Khalil, in Sylhet. They made her call her son and ask him to stop publishing news against the government. They visited her after a warning against “rumors” by Hasan Mahmud, the Minister of Information.

According to The Diplomat, any information that is deemed critical of Sheikh Hasina led Awami League is called “rumors” by the government. The government has suspended doctors, government officers, and academics for criticizing the government response to COVID-19.

A VPN is a must-have for Bangladesh

Whether you live or just plan to visit Bangladesh, you better have a VPN running on your devices – so that no one knows what you’re doing online.

In most cases, no one will even care – but you never know. And besides, considering the low cost of the best VPNs, there’s no need to second-guess that move.

Aside from letting you experience the Internet in its entirety, a good VPN will also let you access websites and services that could otherwise be outside of your reach (when accessing from Bangladesh). Also, it will provide you with an extra layer of protection when connecting to public Wi-Fi hotspots and get you anonymity online — so that even the Big Tech can’t easily know “what you did last summer.”

To sum it up, you need a VPN for many things, including for: