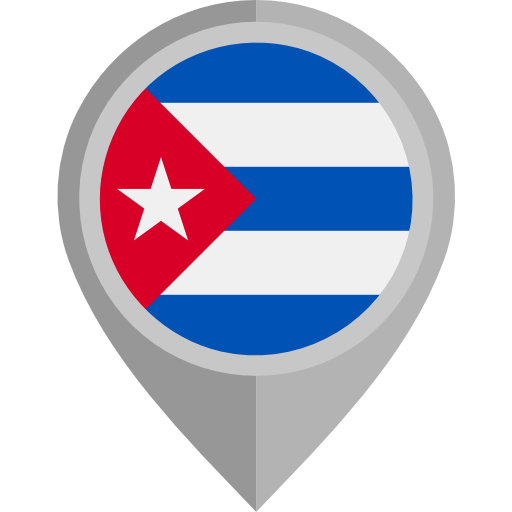 When it comes to Internet freedoms, Cuba isn’t that “libre.” Like at all.

Most citizens can’t access the Internet and as far as they (don’t) know, they live in the best country in the world. Alas, the situation is very different outside of the Caribbean nation.

In Cuba, a VPN can help you access the Internet without any restrictions on what you can read, watch or listen to. To be fair, you will first have to get a decent Internet access, but presuming you manage to do that – with a VPN, you’ll be able to visit just about any website you want.

But that’s just one piece of the puzzle as a good VPN has much more to offer, like keeping you anonymous online and protecting your data while connecting to public Wi-Fi hotspots.

The best VPNs for Cuba that will also cover other needs you may have include:

When it comes to the freedom of press, Cuba is one of the worst countries in the world, with the government preventing access to certain websites. However, this access prevention is more limited than you would think and it has a lot to do with the country’s undeveloped internet infrastructure and high cost to access foreign websites.

Nevertheless, when it comes to Internet freedoms, Freedom House considers Cuba to be “not free” with an overall score of 79 out of 100 (100 is the least free). This is the fifth highest score out of the 65 countries ranked, below China, Iran, Syria, and Ethiopia.

Reporters Without Borders also doesn’t have a lot of praise for the Carribian nation, listing it as an “Internet Enemy.”

Cuba’s Internet connection is via the ALBA-1 cable to Venezuela, which has had technical problems limiting its speed. The United States refuses to allow an undersea cable to pass 100 miles from Cuba to Florida.

Like many other countries, Cuba is using some software to monitor what its citizens are doing on the Internet. Reports suggest it’s Avila Link software, which combined with routing connections through a proxy server, enables the government to obtain citizens’ usernames and passwords.

Reporters Without Borders suspects that Cuba also obtained some of its internet surveillance technology from China, which has supplied other countries such as Zimbabwe and Belarus. However, Cuba does not enforce the same level of internet keyword censorship as China.

Beyond censoring the online media, Cuba also makes it difficult for its citizens to connect to the Internet. In that sense, it is suggested that service providers may not grant access to individuals not approved by the government.

On the other hand, at least one report has found that many foreign news outlet websites are not blocked in Cuba, but the slow connections and outdated technology in Cuba makes it impossible for citizens to load these websites.

Because of limited bandwidth, authorities give preference to developing internet infrastructure in locations where the Internet can be accessed on a collective basis, such as in office buildings, schools, and research centers — where many people have access to the same computers or network.

Despite these limitations, Internet access is seen as essential for Cuba’s economic development. Roughly 4.5 million people or about 39% of the population had access to Internet in 2018, up from 1.6 million in 2008. And the numbers keep growing.

In order to bypass some of the restrictions imposed by the government, Cubans connect to the Internet at embassies, Internet cafés, through friends at universities, hotels, and work.

Many of those who can access the Internet want to get the complete picture and that would mean accessing the world wide web in its entirety. To that end, Cuban citizens have developed numerous techniques: some get online through embassies and coffee shops or purchase accounts through the black market. The black market consists of professional or former government officials who have been cleared to have Internet access. These individuals sell or rent their usernames and passwords to citizens who want to have access.

StreetNets refers to the local mesh networks that are built by Cuban citizens in order to connect localities to a private network that is outside of the view of the government and can operate in a way that is completely uncensored. Members of the mesh networks are able to communicate online privately with one another and share files through the network without fear of government oversight or censorship. The mesh network is formed by a series of Wi-Fi antennas and Ethernet cables that are connected to one another and are able to bring hundreds of computers onto a single network. It is estimated that over 9,000 computers in the capital city of Havana are connected to some form of a mesh network. Despite the fact that this is illegal in Cuba, the government has not taken much action to attempt to shut down the SNet — likely because there is strong self-censorship by the community to the extent that if anyone posts pornographic material or discusses politics they are permanently blocked from using the network.

Finally, there are those using VPNs to bypass all kinds of censorship. Which brings us to our final section…

Yes, you need a VPN for Cuba

Whether you live in Cuba or just plan to visit, in order to keep access to the websites and services you got accustomed to, you should get yourself a VPN. It will not only help you bypass any censorship in Cuba, but will also let you do other things, such as: