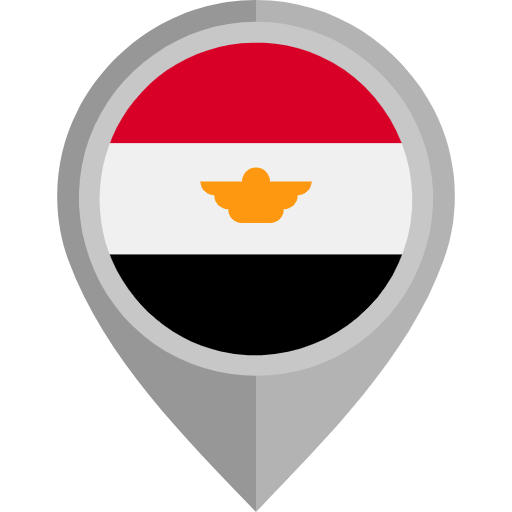 When it comes to the Internet, the situation isn’t all that bright in Egypt — quite the contrary.

The country’s authorities have been harassing journalists and bloggers for years, and have even cut access to parts of the Internet.

That, at least, is the situation most people living there are experiencing on a daily basis. Except if they use a VPN, which can help them bypass all these restrictions and let them roam the world wide web like it’s nobody’s business. Cause it should be nobody’s business.

Out of many VPNs we had a chance to test, we have found the following 5 work the best in Egypt. Check them out…

Bloggers and journalists were never super-welcomed in Egypt, whose activities have been watched round the clock. Sometimes, the government even resorted to arrests.

Heck, we have even seen Egypt’s Ministry of Interior ordering Internet café managers and owners to record their customers’ names and ID numbers.

At all times, Egyptian ISPs were blocking access to adult content to limit what children could access online. At least, that’s what the government is saying.

And that, in case you wonder, was under President Hosni Mubarak, whose regime ended in 2011.

Once that happened, Reporters Without Borders moved Egypt from its “Internet Enemies” list to its countries “under surveillance” list.

Alas, the first anniversary of Egypt’s revolution was celebrated in a climate of uncertainty and tension between a contested military power, a protest movement attempting to get its second wind, and triumphant Islamists. Bloggers and netizens critical of the army have been harassed, threatened, and sometimes arrested.

The Supreme Council of the Armed Forces (SCAF), which has been leading the country since February 2011, has not only perpetuated Hosni Mubarak’s ways of controlling information but has strengthened them. As a result, numerous journalists and bloggers have been prosecuted before military courts, and sometimes jailed for several months.

In December 2016, the popular secure messaging and VoIP app Signal had stopped working in Egypt — while digital security experts suggested they had faced similar problems months before.

It is suggested that Egyptian authorities were attempting to acquire technology that would allow them to collect information on specific users of interest through directed surveillance. And they have even managed to interfere with users’ SSH connections that enabled them to access remote servers.

According to the cloud service provider DigitalOcean, Egypt’s government has been performing DPI (Deep Packet Inspection) and is messing somehow with these secure connections.

In addition to disrupting the SSH protocol, HTTPS connections were also affected.

In June 2017, Egypt banned at least 62 websites in a crackdown, including Daily Sabah, Medium, Al Jazeera, The Huffington Post, and Mada Masr along with opposition websites, like El-Badil, for containing material that “support terrorism and extremism as well as publish lies”.

Many organizations condemned the crackdown, including the Association for Freedom of Thought and Expression (AFTE), Mada Masr and the Index on Censorship. The ATFE stated that “the blocking of websites violates the Egyptian Constitution”.

By October, that figure had climbed to 434 banned websites, including the sites of many opposition organizations and activists.

Similarly, social media pages have been shut down or had content removed or their administrators arrested by the Egyptian government.

Like that’s not enough, in recent years – Egyptian police have been using social media, such as Grindr, to find and arrest homosexual men.

Yes, you need a VPN for Egypt

I’m sure you realize that you need a VPN even if you just plan to visit Egypt. No one can guarantee you will be able to access Facebook from the Land of the pyramids. And the same goes for many popular services such as Skype, Whatsapp and so on — as well as major media outlets.

But… you shouldn’t get a VPN only for Egypt. Instead, get the one that will ALSO work in Egypt while covering all your other needs as well.

In that sense a good VPN will: