Best VPNs for Ethiopia in 2022 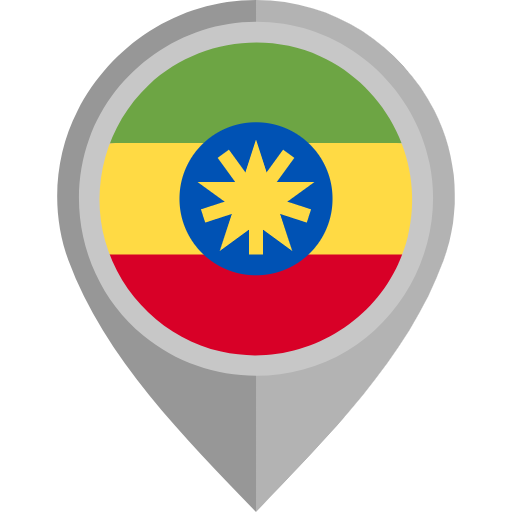 The Internet is not really free and open in Ethiopia, though you should be able to access all the popular websites.

The problem is when you want to visit sites and services that may be reserved for users in the West. Then, you’ll need a VPN to first connect to a US- or Europe-based server, and only then use that service.

In addition, you’ll need a VPN to use VoIP services like Skype — which are banned in the country. The government reportedly took this step to protect its own telecommunications company, but we don’t buy it. And we don’t like restrictions of any kind.

So yes, you need a good VPN for Ethiopia and these are the best ones:

The Internet is not widely available in Ethiopia due to the largely rural makeup of the population and the government’s refusal to permit any privatization of the telecommunications market. That has created a big market for Internet cafés which remain one of the main sources of Internet access for many folks.

However, the fact that there are not many Internet users in the country hasn’t stopped Ethiopia’s censors from blocking parts of the Internet.

From 2012 to 2018, during the Ethiopian People’s Revolutionary Democratic Front (EPRDF) government, there was strong internet control. In October 2012, the OpenNet Initiative listed Ethiopia as engaged in pervasive Internet filtering in the political area, selective filtering in the conflict/security and Internet tools areas, but it found no evidence of filtering in the social area. Blocked content was blocked through the use of forged TCP RST (reset) packets, a method that is not transparent to users.

The government of Ethiopia has long filtered critical and oppositional political content using the broad application of the country’s 2009 anti-terrorism proclamation to convince bloggers and journalists on terrorism charges. Most notably, in July 2012 blogger Eskinder Nega was jailed on an 18-year sentence on charges of attempting to incite violence through his blog posts. Also convicted in absentia were Abebe Gellaw of the online news platform Addis Voice, as well as Mesfin Negash and Abiye Teklemariam, editors of the news website Addis Neger Online.

A number of other journalists and opposition political figures were also simultaneously convicted of similar offenses. In January 2012, Elias Kifle, editor of Ethiopian Review, was convicted in absentia under the same anti-terrorism laws. And, unfortunately, the list of jailed journalists and bloggers doesn’t end there.

Beyond censorship, the government passed a law restricting the use of VoIP applications such as Skype in order to protect domestic telecommunications providers. Then again, some critics described the new draft legislation as an attempt to criminalize the use of VoIP services to punish dissent.

Finally, we have a report from 2012 from developers of the Internet anonymizer software project Tor, who have found that Ethio telecom had begun using deep packet inspection (DPI) to block access to the Tor service.

With the new government, elected in 2018, came new rules — and so Prime Minister Abiy Ahmed’s government ordered the unblocking of over 200 websites as part of reforms that also saw banned TV channels restored and several political prisoners set free. Announcing the reforms, Abiy’s Chief of Staff Fitsum Arega reaffirmed freedom of expression as a “foundational right.”

Alas, that wave of freedom hasn’t lasted long and in June 2019, Internet monitoring group NetBlocks reported a total internet shutdown across Ethiopia following the blocking of messaging applications Telegram and WhatsApp by Ethio Telecom. Interpreted as a measure to prevent cheating in nationwide exams, the disruption angered business owners.

The Internet connection completely shut down again since the assassination of General Se’are Mekonnen, Ambachew Mekonnen, Ezez Wassie, and Gizae Aberra on 22 June 2019. It came back two weeks on 2 July 2019.

Unfortunately, the story of Internet shutdowns doesn’t end there. Another shutdown took place on June 30, 2020, and another one on November 4, 2020.

As part of its surveillance plans, in December 2006, the Ethiopian Telecommunication Agency began requiring Internet cafés to log the names and addresses of individual customers. The lists are to be turned over to the police, and Internet café owners who fail to register users may face prison.

A 2014 study by Human Rights Watch found extensive surveillance of the Internet and other telecommunication systems in the country. Ethiopian security and intelligence agencies can use internet surveillance capabilities to access files and activity on a target’s computer; to log keystrokes and passwords; and to remotely activate the device’s webcam and microphone.

A VPN is a must-have for Ethiopia

Beyond providing users with peace of mind that the government can’t know their web whereabouts, a VPN also lets them access parts of the Internet that could otherwise (without a VPN) be outside of their reach. We are talking about popular streaming services which are notorious for reserving their best catalogs for users in the West.

Also, with a VPN – you get to use public Wi-Fi hotspots without worrying that someone could intercept your traffic and potentially get ahold of your personal information. A VPN will encrypt all data before sending it to the server. The VPN server on its end will also send back the encrypted content.

Plus, let’s not forget VoIP services that you will be able to use with a VPN — despite the government trying to block them for all users in Ethiopia.

And there’s more, of course. What you want is a VPN that will cover many needs you may have, including: