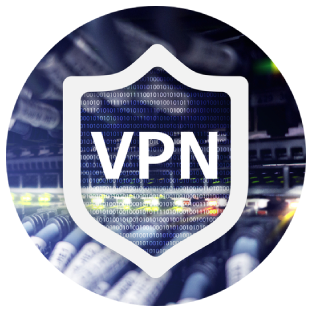 Most VPNs “get the job done,” but some users require much more than that. They don’t want to notice that some app is running on their computer, tablet and/or smartphone. They want super-fast internet, no matter what.

To get such an experience, you’ll have to go for a VPN that is truly fast. This usually means it has a rock-solid underlying infrastructure with thousands of servers in the network. Or that it uses some special technology to deliver blazing-fast speeds.

We’ve tested more VPN services than we care to count. And out of all of them, we have compiled the following list of fastest VPNs.

All of them rock, but for the best experience with super fast download and upload speeds – go for the top pick, install the app and let it do its magic in the background. Yes, it’s actually that easy. 😉

As that's typically the case with most VPN services out there, the longer you commit - the better deal you get. However, what makes Hotspot Shield even better is the fact that it offers a 7-day free trial of its service. A few other top VPN providers do the same. Plus, its money-back guarantee lasts for 45 days, making for a risk-free purchase. Cause, you can always get your money back. Sweet and just the way we like it.
3 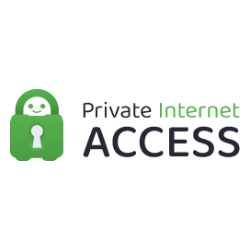 at PrivateInternetAccess
Our rating:
Price from: $3.33/mo
30-day money-back guarantee

It also happens to be one of the more affordable options on the market, and considering all the features you get as part of the deal — PIA offers quite a bang for the buck.

Its zero-logs policy is something many folks will appreciate, and the same goes for PIA's browser extensions — which are available for Chrome and Firefox.

Free trial is not available but there is a money-back guarantee that is good for 30 days.
4

However, what makes it stand out is its ease of use. We can't emphasize this enough. One could tell a lot of time has been spent making sure even the advanced features are easily accessible. And we love it for that. Plus, let's not forget ExpressVPN's speed which tends to leave other services in the dust.
5

You can use CyberGhost on just about any device imaginable — including computers, phones, tablets, game consoles, streaming boxes and even routers.

The included security and privacy features are excellent, with CyberGhost only logging non-identifiable information as part of its plan to monitor and continually improve the service. We like it. A lot.

Why do you need a fast VPN?

We don’t think that’s the right question; instead, the question should be – why don’t get the fastest VPN the money could buy? This is especially important since the difference between the super fast and not-that-fast VPN is pennies per month. There is really no good reason to settle for less.

But you may wonder…

How we test VPNs for speed?

When determining, what makes the fastest VPN – we tested various services in multiple settings and scenarios, including:

Streaming
You don’t want to wait for your favorite TV show to load. Video buffering is one of the most annoying things one could experience and with the fastest VPNs, you don’t get any of that. They work like there is no VPN running in the background. And that should be the whole point – to get a more secure experience without even noticing that VPN is doing its job.

Torrenting
Many ISPs are throttling your Internet connecting when you’re using BitTorrent. And so with a VPN, you may even get the faster downloads and uploads, with your ISP having no idea what you’re doing online. Also worth knowing is that many VPNs have servers dedicated to and optimized for P2P traffic.

Gaming
In the world of online gaming, the keyword is “latency.” It is the period of time you wait between sending the request to and getting the response from the server — the lower the latency, the faster response you’ll get. When the latency is high, you see delays and when it’s low – there are little to no delays in online games, which can literally be the difference between life and death (in the game).

Browsing the web
Finally, you’ll want a fast VPN just to browse the web without any hiccups. With a not-that-fast VPN, you may have to wait a bit and some images could take longer than usual to load. That is not the case with the fastest VPNs that make sure you don’t even notice their presence. And that, in case you wonder, is just the way we like it.

What makes a VPN fast?

The general rule of thumb is that the more servers a VPN has, the faster it is. But there also other elements included, the protocol it uses being one of them. For instance, Hotspot Shield is one of the fastest VPNs out there despite the fact that it has a relatively modest network of servers compared to its competitors. They manage to do this because they use their own proprietary protocol called Hydra.

Another savvy protocol is WireGuard, which has been making waves in the entire VPN industry. It manages to deliver blazing-fast download and upload speeds without compromising the user’s privacy.

Finally, in addition to the number of servers, you may also want to look for their locations. Specifically, you’ll want to get a VPN that has servers in the country you live in. This is the case even if you plan to mostly connect to servers in the US and Europe. Some data could be routed through those servers and as a result – you get to benefit from increased speeds.

Get an all-round awesome VPN!

You (all of us, really) need a VPN for many things. In that sense, a good and fast VPN will: