Best VPNs for Pakistan in 2022 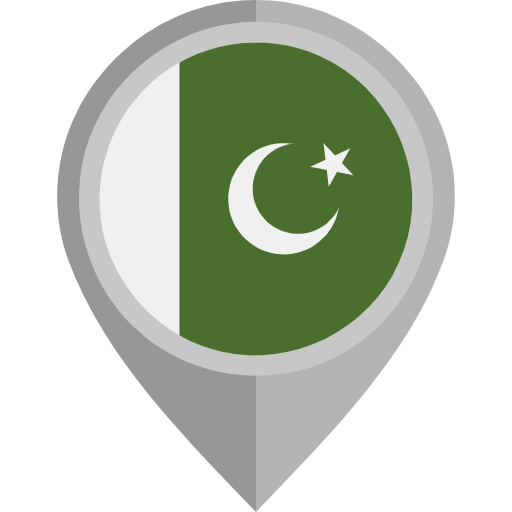 The Internet is everything but free in Pakistan and in order to be able to access many of the world’s most popular websites and services, you’ll need a VPN.

For instance, you can’t (reliably) access popular social networks from Pakistan and this includes the “global” version of YouTube — cause Google has a special censored version for the local population.

Also, access to Facebook may be working one day only to be problematic (to say the least) the next one. Moreover, let’s not forget Twitter and TikTok — both of which have been blocked at some time. And who knows when they’ll be blocked again.

With a VPN, you don’t have to worry about any of that — plus you get to access popular video streaming services that may not be available with a local IP address.

We have just started explaining, but I’m sure you get the point. Here are the best VPNs to use in Pakistan:

The Internet is not free in Pakistan, it’s that simple. The country came into the spotlight after blocking Facebook and a few other websites back in 2010. The move came in response to a contest popularized on the social networking site to draw images of the Prophet Mohammad.

Today, Internet filtering in Pakistan is both inconsistent and intermittent, with filtering primarily targeted at content deemed to be a threat to national security and at religious content considered blasphemous.

In 2019, The National Assembly Standing Committee on Information Technology and Telecom was informed by Pakistan Telecommunication Authority (PTA) that 900,000 URLs were blocked in Pakistan.

The Pakistan Internet Exchange, or PIE for short, is operated by the state-owned Pakistan Telecommunication Company (PTCL) and its main goal is to facilitate the exchange of Internet traffic between ISPs within and outside of the country. Because the majority of Pakistan’s Internet traffic is routed through the PIE, it provides a means to monitor and possibly block incoming and outgoing Internet traffic as the government deems fit.

In fact, it has been suggested that PIA is monitoring all incoming and outgoing Internet traffic from Pakistan, as well as email and keywords, and stores data for a specified amount of time. This then enables law enforcement agencies to conduct surveillance and monitor content.

Like that’s not enough, under the Prevention of Electronic Crimes Ordinance (PECO), ISPs are required to retain traffic data for a minimum of 90 days and may also be required to collect real-time data and record information while keeping their involvement with the government confidential.

Aside from Facebook, other social media was blocked in Pakistan as well. YouTube was blocked following a decision taken by the PTA in February 2008 because of the number of “non-Islamic objectionable videos.”

YouTube continued to be the target of PTA’s activities throughout the years with Google ending up launching a local version of the service in September 2016 — without any offensive content.

However, for those without a local presence, the situation remained dire as reported by the NetBlocks internet shutdown observatory and Digital Rights Foundation. These two organizations have identified mass-scale blocking of social media and content-sharing websites at the end of 2017.

Finally, in October 2020, TikTok was banned for “immoral content”

You need a VPN for Pakistan

And not just any, but a rock-solid one. We’re talking about a VPN that can go through walls, meaning it not only has a massive network of servers but uses the latest and greatest technology to let you browse the web in its entirety while also allowing you to access some services that are reserved for people in the West.

In a nutshell, you’ll need a VPN that will: