Best VPNs for Turkmenistan in 2022 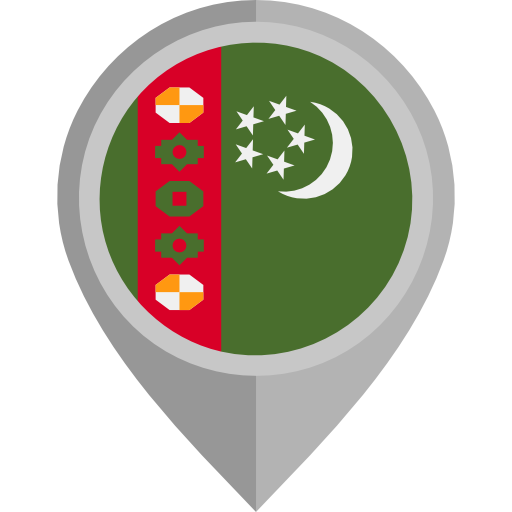 Turkmenistan is one of the countries with the highest level of censorship. Forget about China, they don’t come even close to what the government of Turkmenistan is doing. These guys (cause it’s mostly guys) don’t let their citizens access many, many “parts” of the Internet. And if someone is using a VPN, he/she could face jail time.

Therefore, you should not settle with just about any VPN but with one that will have your back even in countries as strict as Turkmenistan. Such a service will also protect you from the “evils of the West” that come in the form of tracking users across the world wide web. And yes, I’m looking at you Google and Facebook.

Additionally, a good VPN will also let you access any streaming service you want, while also keeping you protected when connecting to notoriously insecure public Wi-Fi networks.

To make the story shorter, there are many things a good VPN can do for you. The best VPNs to use in Turkmenistan include:

Freedom of expression in Turkmenistan

Pretty much all mass media in Turkmenistan is controlled by the State, prompting Reporters Without Borders to place the country on the infamous third place on the list of worst press freedom conditions in the world. In case you wonder, the first two places were reserved for North Korea and Burma.

That was the situation in 2006, when each broadcast began with a pledge that the broadcaster’s tongue would shrivel if he slandered the country, flag, or president.

It has also been reported that journalists have been harassed by the government; some have been kept in prison and prosecuted with false accusations and unfair trials. Journalists frequently receive death threats and those collaborating with international media are being closely watched by the state’s security departments.

The situation on the Internet is similar

The Internet in Turkmenistan is heavily regulated and available only to a small fraction of the population. Censorship is ubiquitous and extensive. Surveillance is significant, and the few citizens who benefit from access to the Internet are closely monitored by state agencies. Self-censorship is common.

Websites run by human rights organizations and news agencies are blocked. Moreover, ordinary citizens have no access to the World Wide Web, and instead are limited to the use of the Turkmenet, an online community in Turkmen language, but effectively a censored version of the Internet that doesn’t include popular social media sites like Facebook and Twitter. Attempts to get around this censorship can lead to grave consequences. Which brings us to the next point…

VPNs are illegal in Turkmenistan

That was the government’s response to people who found workarounds to access sites that are not deemed safe by the country’s censors. If people are caught with VPNs on their devices, they can and do face jail time. The sad truth is that it is not entirely difficult for governments to detect who is using a VPN, except if you have a good service. They can’t see what websites are being visited, but they have enough information to know that a VPN is being used to access these websites. The government knows what to look for, and they’re making it a priority to look for it.

You need a VPN for Turkmenistan

And you shouldn’t get just about any VPN out there as only the best will “cut it.” Do not worry though as we have tested more VPNs than we care to count and out of the bunch, we’ve selected those that won’t let you down. You can use them to bypass censorship in Turkmenistan as well as for other things, such as: