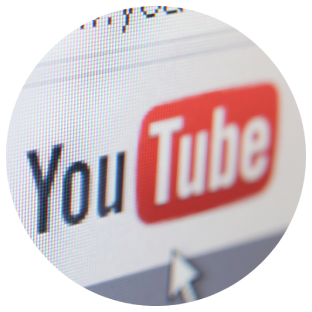 YouTube may be one of the most popular websites in the world, but that doesn’t mean you can access it in every country. Heck, even some companies and schools in the West prohibit access to YouTube.

Luckily, there are good VPN services that let you bypass all kinds of restrictions, whether they have been enacted by a government or some organization. In other words, with a VPN app running your computer, smartphone, tablet or router — you can get around those restrictions and access YouTube… and do so much more.

To get the best VPN for YouTube (and other things), we suggest going through the list below. All of these services “get the job done,” but for the best experience — grab the one at the top, and let it do its magic in the background while you safely and securely access every corner of the Interwebs. It’s actually that easy. 😉

There is a good reason why NordVPN is one of the best VPN services in the world, and one of our personal favorites, too.

Its network includes more than 5,000 servers spread across 60 countries, which directly translates into faster connections. NordVPN is also very secure, relying on the strong 256-bit encryption combined with secure VPN protocols (OpenVPN, WireGuard and IKEv2/IPSec). But as a user, you get a seamless experience with all this technology "doing its thing" in the background.

NordVPN is well suited to pretty much every task you throw at it, accessing YouTube being just one of them. You can also rely on NordVPN for torrenting, video streaming services, or just to keep a low profile on the web. It also doesn't keep any logs.

Astrill is all about privacy and also one of the few VPNs that still works in China. So yes, it can also handle YouTube bans, as well.

Astrill may not be the most affordable option on the market, but it gets the job done and that — we think — matters the most.

In addition to YouTube, Astrill will have your back whether you need it for accessing other streaming platforms or downloading files via BitTorrent — all while keeping your identity under the radar. And this is especially true if you live or work in China where the company's stealth protocols kick in to let you access all the popular sites that are by default blocked by the country's censors.

ExpressVPN is one of the best VPS services on the planet and is well suited to bypass any YouTube ban your ISP or country censors throw your way.

There are a few other VPNs that come close — and even outshine ExpressVPN in some specific segments — but as far as the majority of users are concerned, this is the best VPN service they could get.

ExpressVPN has great desktop apps for Windows and Mac, mobile apps and browser extensions. Also, it is well suited for video streaming services such as Netflix, Disney, HBO Max, Hulu, BBC iPlayer and others.

However, what makes it stand out is its ease of use and we can't emphasize this enough. One could tell a lot of time has been spent making sure even the advanced features are easily accessible. And we love it for that. Plus, let's not forget ExpressVPN's speed which tends to leave other services in the dust. So whether you need a VPN for YouTube or anything else - ExpressVPN won't let you down.
4

PrivateVPN is an all-round performer despite the fact that its network is much smaller than that of its bigger rivals. We have found it impressive that its speeds (both download and upload) top the charts, and the fact that you can use PrivateVPN for just about anything — accessing YouTube, included — makes it one of the best services on the market.

You can also rely on PrivateVPN for both torrenting and accessing other streaming platforms, without paying a premium. It is, in fact, one of the most affordable options in its league and we love it for that.

VyprVPN offers a high level of privacy and is especially useful for those frequently traveling to places like China where their Internet activities may be limited by the country's censorship practices.

The service manages to bypass restrictions in high-censorship countries and elsewhere by relying on its proprietary Chameleon protocol, which can easily slide under the radar. The same capability lets VyprVPN users access YouTube from wherever life takes them.

Created in February 2005 by three former PayPal employees — Chad Hurley, Steve Chen, and Jawed Karim — YouTube is one of the most visited websites in the world, allowing users to upload, view, rate, share, add to playlists, report, comment on videos, and subscribe to other users.

The site offers a wide variety of user-generated and corporate media videos — including video clips, TV show clips, music videos, short and documentary films, audio recordings, movie trailers, live streams, and other content. Most content on YouTube is uploaded by individuals, but media corporations including CBS, the BBC, Vevo, and Hulu offer some of their material via YouTube as part of the YouTube partnership program.

Based on reported quarterly advertising revenue, YouTube is estimated to have $15 billion in annual revenues.

YouTube Go
YouTube Go is an Android app aimed at making YouTube easier to access on mobile devices in emerging markets. It is distinct from the main Android app and allows videos to be downloaded and shared with other users. It also allows users to preview videos, share downloaded videos through Bluetooth, and offers more options for mobile data control and video resolution.

YouTube Music
The company’s music streaming service, YouTube Music provides a tailored interface for the service-oriented towards music streaming — allowing users to browse through songs and music videos on YouTube based on genres, playlists, and recommendations. The premium version enables ad-free playback, audio-only background playback, and the ability to download songs for offline playback. These subscription benefits are also offered to subscribers of Google Play Music and YouTube Premium.

In some countries, YouTube is completely blocked, either through a long term standing ban or for more limited periods of time such as during periods of unrest, the run-up to an election, or in response to upcoming political anniversaries. In other countries access to the website as a whole remains open, but access to specific videos is blocked.

There are several reasons why governments block YouTube, including:

Like that’s the case with all other bans, you can circumvent them and get your “YouTube fix” with the help of a good VPN.

You need a VPN for many things, not just for accessing YouTube. A good VPN will:

The top contenders that check all these boxes — while also working nicely with YouTube — include the following: