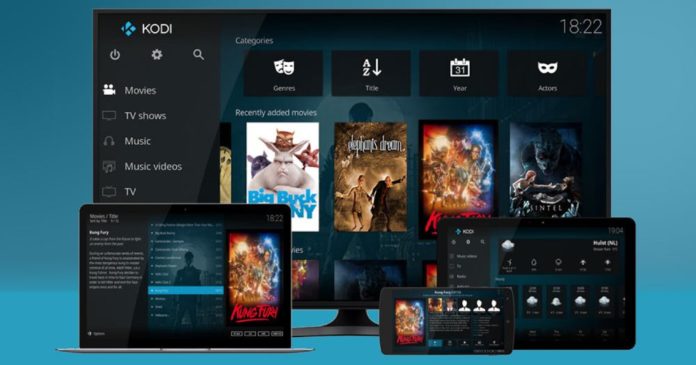 Formerly known as XBMC, Kodi is a free and open-source media player developed by the XBMC Foundation, a non-profit technology consortium. It is available for multiple operating systems and hardware platforms — including computers, smartphones, tablets, set-top boxes, TVs and more. Kodi allows users to play and view most streaming media, such as videos, music, podcasts, and videos from the Internet — as well as all common digital media files from local and network storage media.

What makes Kodi really cool is that it is customizable — skins can change the apps’ appearance, and plug-ins allow users to access streaming media content via online services such as Amazon Prime Instant Video, Pandora Internet Radio, Rhapsody, Spotify, and YouTube.

Why use a VPN with Kodi?

If you’re just going to watch movies and listen to music from your hard drive, you don’t need a VPN. If you, however, want to use Kodi to stream stuff from the Internet – a VPN can keep you more secure while doing so. It does that by encrypting all incoming and outgoing traffic, making sure that no one knows what you’re watching or listening to. And this, in case you wonder, also includes your ISP — which will just see that you’re connecting to a single secure server (the one operated by a VPN provider) and that’s it.

So in addition to keeping you more secure online, a VPN will also get you more privacy. And that, we believe, matters big time.

You see, these days everyone wants a piece of our data, and a VPN is the tool all of us could use to at least make it harder for all those parties to collect our data. I personally don’t like that and neither should you.

So, how do you use a VPN with Kodi?

The process is super-simple. Start your VPN app and let it do its magic in the background.

In most cases, you don’t even have to set up a single thing – it will work out of the box. You may, however, want to select a different server if you plan to watch some movie with BitTorrent. Then, you’re better off selecting a server with optimized P2P traffic – that’s how torrenting works and this setup will get you a faster experience.

Otherwise — if you’re not streaming a movie from a torrent — pretty much any VPN’s default setting will get the job done.

What do you want is a good VPN and that’s why we have compiled a list of the Best VPNs for Kodi. You’ll certainly want to check it out.

Just remember that Kodi is just one piece of your “online life” and that a good VPN has to cover all your different needs. That was our thinking when we compiled that list — all services there work great with Kodi but will also cover your back no matter what you’re up to on the Internet.

So what are you waiting for? Hop over to our Best VPNs for Kodi page and take it from there. Before you know it, you’ll be “one of us.” 😉