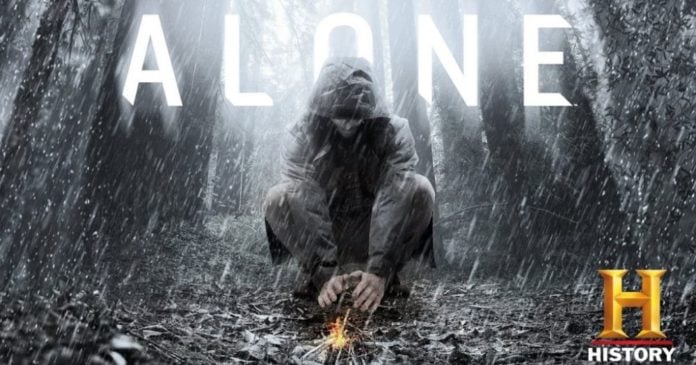 Ever since hitting TV screens in 2015, Alone has caught the imagination of people from all over the world. Today, the series is in its 7th season and is still as interesting as it was on the first day.

But not everyone can watch it. That’s the sad truth of how today’s media works. Except if you have a VPN… And that’s what we’ll be talking about today. But first, let’s explain Alone for those who haven’t heard of it…

What Alone is all about?

Alone is a reality TV series that premiered on June 18, 2015, on History; it follows the self-documented daily struggles of 10 individuals (seven paired teams in season 4) as they survive in the wilderness for as long as possible using a limited amount of survival equipment. With the exception of medical check-ins, the participants are isolated from each other and all other humans. They may “tap out” at any time, or be removed due to failing a medical check-in. The contestant (or team in Season 4) who remains the longest wins a grand prize.

Contestants are dropped off in remote areas that are far enough apart to ensure that they will not come in contact with one another. The process begins in mid to late autumn, adding time pressure to the survival experience as the approaching winter causes temperatures to drop and food to become scarce. Although terrains may differ in each contestant’s location, the drop-off zones are assessed in advance to ensure a similar distribution of local resources is available to each contestant.

Contestants each select 10 items of survival gear from a pre-approved list of 40, and are issued a kit of standard equipment, clothing and first aid/emergency supplies. They are also given a set of cameras to document their daily experiences and emotions. Attempting to live in the wild for as long as possible, the contestants must find food, build shelters, and endure deep isolation, physical deprivation and psychological stress.

Contestants who wish to withdraw from the competition for any reason (referred to as “tapping out”) may signal a rescue crew using a provided satellite telephone.

In addition to the American version, there were also Danish (Alone in the Wilderness) and Norwegian spinoffs of the show.

Also, Alone: The Beast premiered at the end of January 2020, featuring three people attempting to survive in the wild for 30 days — with no tools or supplies except for their own clothing and a freshly killed animal. One group, in the Arctic, was provided with a 1,000-pound male moose; two other groups were sent separately to the swamps of Louisiana and given an alligator and wild boar, respectively.

Alone received positive reviews in its first season and outstanding reviews for its third season, and earned a respectable 2.5 million total viewers, placing it in the top three new nonfictional cable series of 2015.

How to watch Alone in the U.S.

If you live in the United States, you can watch Alone from Hulu and Amazon Instant Video. It is important to note that the latter doesn’t come included with the Amazon Prime Subscription and in order to watch Alone, you’ll have to pay $4.99 to rent or $13.99 to buy.

Hulu, in case you wonder, costs $5 per month and that is our preferred platform for enjoying Alone. It also offers a month-long free trial, letting you experience the platform before committing a single dime of your hard-earned cash.

If you’re not in the US or you want to travel elsewhere, the next section is for you…

How to watch Alone from all around the world?

You will need a VPN to connect to a US-based server and then fire-up the Hulu app.

You will, however, still need a Hulu account, so if you don’t have one – you should sign-up for it. Those without an American credit card will have to pay for Hulu with a gift card, and for that – we suggest visiting MyGiftCardSUPPLY. There, you will find gift cards for virtually all popular media streaming services – Hulu being just one of them.

Once you open a Hulu account, you are free to watch as many TV series and movies as you want from any place in the world. Again, start that VPN, connect to a US-based server and… Get some popcorns.

A VPN has much more to offer…

Alone is a great show but you shouldn’t get a VPN just to watch a single series; cause a VPN offers so much more…

To start, it will let you anonymously browse the web so that the Big Tech — as well as various government agencies — can’t follow your digital footprint on the Internet.

Furthermore, a good VPN will also let you access other streaming services such as US Netflix, Disney+, HBO Max and BBC iPlayer, to name a few. Plus, it will encrypt all your online traffic making it much safer to connect to public Wi-Fi hotspots.

A good VPN app can run across devices and platforms, with the best services also including router support to let you protect your entire network. This will also allow devices such as smart TVs, gaming consoles, and streaming boxes to benefit from a more secure VPN connection.

With many organizations looking to get our data these days, we think everyone should have a VPN running on his/her devices. And if you’re into streaming services like Hulu, we suggest you start with our list of Best VPNs for Streaming and take it from there.