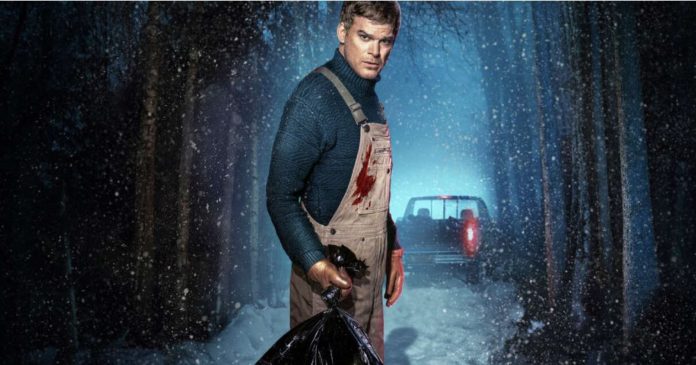 Ten years after faking his death, Dexter Morgan has moved to the fictional small town of Iron Lake, New York, hiding his identity under the name of Jim Lindsay. But the drama will continue and you will be able to join the watching party from anywhere — presuming you do have a VPN that’s up for the task.

Before telling you how to do that, let us first explain Dexter: New Blood to those who still haven’t heard of it…

What Dexter: New Blood is all about?

Dexter: New Blood is a crime drama mystery miniseries developed for Showtime as a continuation of the series Dexter, developed by original series showrunner Clyde Phillips and directed by Marcos Siega. The show features Michael C. Hall and Jennifer Carpenter reprising their roles as Dexter and Debra Morgan, respectively, alongside new cast members.

The story is set 10 years after the events of the original series finale “Remember the Monsters?”, which was broadcast in 2013.

After faking his death, Dexter Morgan has moved to the fictional small town of Iron Lake, New York, hiding his identity under the name of Jim Lindsay, a local shop worker. He has developed a relationship with Angela Bishop, the town’s chief of police, and has suppressed his serial killing urges. A string of incidents around Iron Lake causes Dexter to fear that the “Dark Passenger” within him will reveal itself.

Rotten Tomatoes reported an approval rating of 74% based on 46 reviews, with an average rating of 7.10/10. The website’s critics consensus reads, “Anchored by Michael C. Hall’s still-compelling portrayal of the title character, Dexter: New Blood helps restore some of the luster lost by the show’s contentious finale.”

On the other hand, Metacritic gave the series a weighted average score of 61 out of 100 based on 28 critic reviews, indicating “generally favorable reviews”.

How to watch Dexter: New Blood from anywhere

There will be a total of 10 episodes of Dexter: New Blood and if you’re in the U.S. – you can watch the show on Showtime every Sunday at 9pm ET/PT.

In Canada, “new Dexter” is airing on Crave, while UK viewers can watch it on Sky Atlantic and Australians on Paramount Plus.

Those of you who have cut the cord can stream Dexter: New Blood through Showtime Now, which costs $10.99 a month. There is a 30-day free trial so you can test the service out before paying more.

Similarly, Canadians without cable will have to pour out $9.99 per month for Crave or double that to also include HBO movies and TV shows to the mix.

As for Australia, Paramount Plus is the place to be for watching Dexter and that benefit comes with a price tag of $8.99 per month. That money will also get you access to all other content Paramount Plus has to offer, including all eight seasons of Dexter.

As far as the rest of the world is concerned, some local network or streaming service may’ve picked the show. We can’t really tell. What we do know is that with a VPN, you don’t have to worry about any of that.

Simply fire-up the VPN app of your choice, and connect to (for instance) a US-based server. Now, you will be able to access all the services Americans have access to. This includes Showtime Now as well as any other streaming service that may otherwise be inaccessible to you. But you should know that…

Aside from unlocking and unblocking parts of the Internet, a good VPN will also cover many other needs you have and do that across platforms and devices. For instance, it will protect you while connecting to public Wi-Fi hotspots.

You see, these places are notoriously insecure and if you’re not visiting a secure website, your data is freely flowing around the local network. As such, it could be intercepted by a savvy hacker who, in turn, could get ahold of your personal information. This is what the so-called “man in the middle” attacks are all about.

With a VPN, everything you do online is encrypted and even if someone would manage to get a piece of your traffic, he/she wouldn’t be able to do anything with it.

Furthermore, a VPN will hide your online activities from the tech giants like Google and Facebook, as well as various government agencies — all of which are looking to know what we’re doing at any given moment.

And that’s just one piece of the puzzle. Therefore, we believe everyone should be using a VPN these days, and since you’re into watching TV shows – start by visiting our page with Best VPNs for Streaming. There, you will find all the field-tested services that won’t let you down no matter what you throw at them.

So go ahead, visit that page, get yourself a VPN and never look back. That, in case you wonder, is how we started this journey.