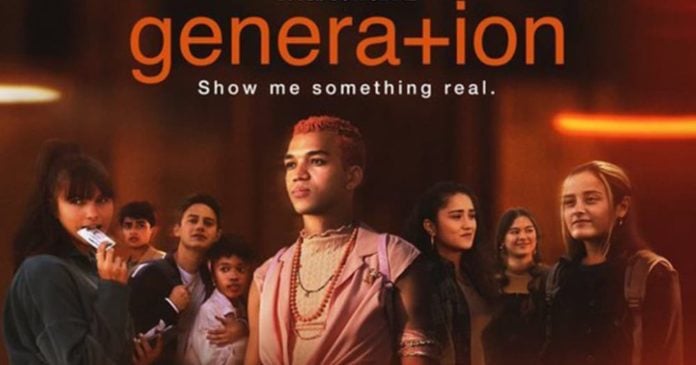 You may have heard about Genera+ion, the new show that is airing on HBO Max as we speak. It’s definitely not “another teen show,” but something more complex and more real. Thus, it has found a solid audience with many folks looking to join the “watching party” from all over the world.

Alas, that may not be an option as HBO Max is still not available all across the planet. Except, that is, if you’re using a VPN. But, before delving into details about how you too can watch Genera+ion from anywhere, let us briefly talk about it.

What’s Genera+ion all about?

Genera+ion is a dramedy TV series that premiered on HBO Max on March 11, 2021; featuring a group of high school students in Orange County, California who explore their sexuality in a modern world. This tests their deeply entrenched beliefs about life, love and the nature of family in their conservative community.

The series is created by Daniel Barnz and Zelda Barnz. Executive producers include Daniel, Zelda, Ben Barnz (who is Daniel’s husband and Zelda’s other father), and Lena Dunham.

On Rotten Tomatoes, Genera+ion holds an approval rating of 77% based on 26 critic reviews, with an average rating of 6/10. The website’s critics consensus reads, “Genera+ion’s salacious flourishes can feel more try-hard than authentic, but this inclusive portrayal of Gen Z shines when it identifies the universal pains of being a teenager.”

How to watch Generation+ from anywhere?

The situation is straightforward if you’re in the U.S. – just sign-up for HBO Max and access all the great content this service has to offer, the Genera+ion series included.

The problem, however, could appear if you plan to visit some other country and still want to watch Genera+ion. Then, you’ll be in the same group as everyone else living outside of the U. S. of A. – you’ll need a VPN in order to bypass HBO Max’s geo-blocking servers.

So, you could fire-up a good VPN, connect to a US-based server and then sign-up for HBO Max. If, at any point, you’re required to pay with a US-issued credit card, you can make a purchase with a gift card. To get one of those, we suggest checking out MyGiftCardSUPPLY, where you can find gift cards for many popular services.

Alternatively, there is a way to sign-up for HBO Max through YouTube TV. Again, you’ll need a VPN to connect to a US server, but this time you’ll want to open a YouTube TV account. When asked for a ZIP code, well, find one online.

Then, you can get the HBO Max add-on to your YouTube TV subscription. Follow the instructions provided on the screen, and before you know it – all HBO Max content will be available at your fingertips.

This may all sound complicated, but in reality – it’s rather simple and well worth the effort. At least, we think so.

Nevertheless, you should NOT get a VPN for any single show. Rather…

A VPN has much, much more to offer than “only” letting you watch one series. Yes, it will let you access any streaming service, but that’s not all.

The key thing is that it will keep you anonymous online so that the Big Tech and various government agencies can’t follow you around. A VPN does this by routing all your Internet traffic through its servers that are spread across the world. To make for an even more secure experience, a VPN also encrypts all data coming to and from your devices. And by doing this, also keeps you protected when using public Wi-Fi hotspots.

Considering how everyone wants a piece of our data these days, we think everyone should be using a VPN these days. Heck, that’s why we made this site in the first place.

To get started, we suggest you visit our page with Best VPNs for HBO Max and make your pick. All services there have been field-tested and you can hardly go wrong by picking any one of them. Heck, even if you don’t like what you get – you can always ask for your money back during the first 30 days (or so) of using the service. It’s a risk-free transaction, just the way we like it. 😉