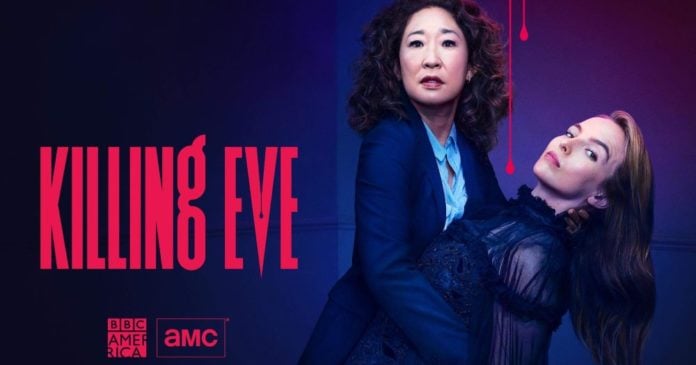 Ever since it started airing in April 2018, Killing Eve has found a loyal audience which seemingly can’t get enough of it. That popularity has further propelled the series to new highs and now people all around the world want to join the party.

But for one reason or another they are unable to do so — at least, not in a way they want to watch Killing Eve. And that could include binging all series at once on their computers or tablets.

Luckily, we have VPNs to thank for allowing us to do just that… But first, let’s explain Killing Eve for the uninitiated…

What’s Killing Eve all about?

The first season premiered on BBC America on April 8, 2018, and on BBC iPlayer on September 15, 2018 through BBC Three. The show has been highly successful in both the United States and the United Kingdom, receiving critical acclaim for both the first and second seasons, particularly for its writing and the lead actresses’ performances. It has received several accolades, including a Peabody Award and the British Academy Television Award for Best Drama Series.

In January 2020, Killing Eve was renewed for a fourth series; however, the filming has been delayed due to the COVID-19 pandemic.

How to watch Killing Eve online from anywhere?

In the United Kingdom, the series is available on the BBC iPlayer, and that’s the easiest way to enjoy Killing Eve online from all around the world.

In some other places, the series could be available from a local station and you could perhaps watch it online from their website. For instance, in the United States – it was airing on BBC America, but we are not sure how to tune into their content online.

The best way to watch Killing Eve remains through BBC iPlayer, but in order to do that outside of the UK, you’ll have to use a VPN and first connect to a UK-based server. Then, you will be able to sign-up for a BBC iPlayer account and then binge all of the great content BBC has produced during the years.

But, you shouldn’t get a VPN only to watch Killing Eve – cause…

A VPN has a lot more to offer

Accessing BBC iPlayer is cool, but a good VPN will also let you do other things. For instance, it will let you anonymously surf the web without the likes of Google and Facebook — as well as government agencies — knowing what you’re doing online.

In addition, a VPN will also allow you to access other streaming services such as US Netflix, Prime Video, HBO, Hulu, and so on. Furthermore, it will encrypt all your Internet traffic, thus shielding you from hackers and spies.

A VPN app can be installed on pretty much all devices, with the best services also including router support so you could protect your entire network. This in turn will also add an additional security layer to smart TVs, gaming consoles and streaming boxes.

We think everyone should have a VPN these days. And if you’re into Killing Eve, we suggest you start by checking our list of Best VPNs for BBC iPlayer and take it from there. We’re sure you’ll find some service for yourself from that page.