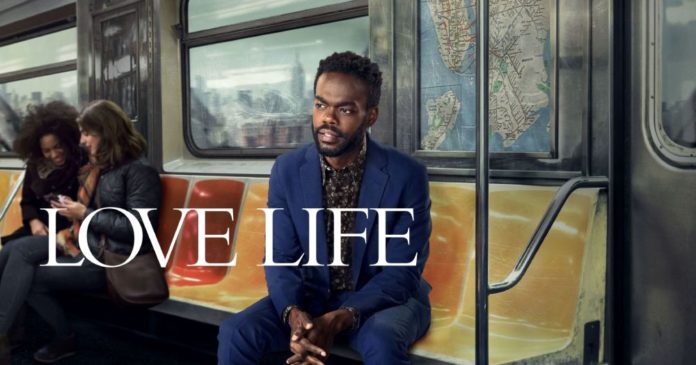 Love Life is not “yet another” romantic comedy show. It’s very different with each season following a different person in their quest to find their “one.” It was also one of the first shows to launch on HBO Max and, unsurprisingly, it quickly became popular.

Unfortunately though, it is not available from anywhere — except if you’re using a VPN. We’ll get to that part, but let us first explain Love Life to those who still haven’t heard of it…

What Love Life is all about?

Love Life is a romantic comedy anthology series that follows a different person each season from their first romance until their last romance. Created by Sam Boyd, it was one of the first shows to debut on HBO’s streaming service HBO Max when it launched.

While the first season of Love Life followed Darby Carter (Anna Kendrick) as she searched for love in NYC, season two will focus on Marcus Watkins (William Jackson Harper) with Darby showing up in several cameos. After his first marriage imploded unexpectedly, Marcus is on a mission to rebuild his life while trying to find a love that will last once and for all.

There are a total of ten new episodes in season two of the show, all of which are readily available at HBO Max.

The series is narrated by Lesley Manville (season 1) and Keith David (season 2).

On Rotten Tomatoes, the first season has an approval rating of 65% based on reviews from 48 critics, with an average rating of 5.8/10. The site’s critics consensus reads: “Love Life first season breezes by on Anna Kendrick’s charms, but those looking for a real connection may find its featherweight familiarness frustrating.” On Metacritic it has a weighted average score of 54 out of 100 based on reviews from 22 critics, indicating “mixed or average reviews”.

As for the second season, on Rotten Tomatoes – it holds an approval rating of 100% based on reviews from 12 critics, with an average rating of 7/10. The site’s critics consensus states: “William Jackson Harper’s Love Life is easy to get caught up in thanks to the star’s charm and this season’s thoughtful exploration of a real romantic conundrum.”

How to watch Love Life from around the world?

If you’re in the U.S. – you can simply sign-up for HBO Max and access all the content this (awesome) service has to offer, Love Life included.

In Australia, it is available on Stan, in the UK – it is airing on BBC One, and in India – you can find Love Life on Lionsgate Play. We haven’t checked, but it could also be available through HBO Go, which is available in many markets. But, you can still watch it on HBO Max even if you live in places where it has not been officially launched.

In order to do that, you will need a good VPN. Simply fire it up, connect to a US-based service and sign-up for HBO Max. You will still have to pay for access, though.

Then, every time you want to watch some movie or TV show from HBO Max, repeat the process of connecting to a US-based server and you’re good to go.

And if you need a gift card in order to pay for the service, hop over to MyGiftCardSUPPLY, where you can find gift cards for many streaming services – HBO being just one of them.

In addition to letting you watch any movie or TV show, a VPN has much more to offer. Arguably its most important feature is the ability to make you anonymous online so that Tech Giants like Facebook and Google can’t follow you around the Internet.

A VPN does this by routing all traffic through its global server network, and in the process all data coming to and from your devices gets encrypted. This same capability is how a VPN keeps you protected when using public Wi-Fi hotspots.

Considering that so many different parties want a piece of our data these days, it is our belief that everyone should be using a VPN. Heck, that’s the main reason why we’ve created VPN Reports in the first place – to help folks like you get the right service for any need they may have.

Since you’re into HBO shows, start by visiting our page with Best VPNs for HBO Max and make your pick. All services listed there have been tested for years and you can hardly go wrong by picking any one of them. And even if you don’t like what you get – there is always an option to ask for your money back during the first 30 days (or so). Yup, it’s a risk-free transaction, just the way we like it. 😉