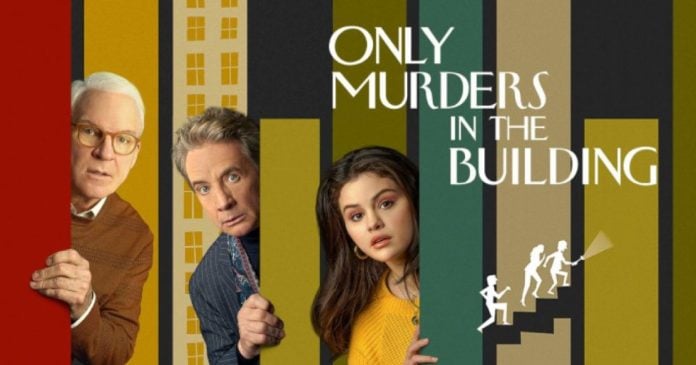 This one’s for the fans of the mystery AND comedy series. The name of the “game” is Only Murders in the Building and it stars such names as Steve Martin, Martin Short, and Selena Gomez — all of whom have been praised for their performances in the series. We’ll just say that this is one intriguing and funny show you don’t want to miss. And the good news is that season 2 is in development as we speak.

You will, however, need a VPN in order to watch Only Murders in the Building from all over the world. Before we delve into details, here are a few things you should know about the series — and why it’s so popular.

Only Murders in the Building 101

Only Murders in the Building is a mystery-comedy television series, created by Steve Martin and John Hoffman. Consisting of ten episodes, Only Murders in the Building follows three strangers — played by Steve Martin, Martin Short, and Selena Gomez — who share an obsession with a true crime podcast. After a murder in their affluent Upper West Side apartment building, the three neighbors start their own program covering their investigation of the murder.

Only Murders in the Building premiered on August 31, 2021 on Hulu and less than a month later, it was renewed for a second season.

Main cast and characters and include:

The series received positive reviews with most critics commending the performances of Martin, Short and Gomez. On the review aggregator Rotten Tomatoes, Only Murders in the Building has an average rating of 7.80/10, based on 61 critic reviews. The website’s critics consensus reads, “Only Murders in the Building’s silly approach to true crime obsessives is at once hilarious and insightful, thanks in large part to its extremely charming central trio.” Metacritic, on its end, gave the first season a weighted average score of 76 out of 100 based on 34 critic reviews, indicating “generally favorable reviews”.

How to watch Only Murders in the Building in the US?

If you have access to Hulu, you can watch Only Murders in the Building. If you don’t, well – you may want to consider subscribing to this rather great streaming service as it offers many other great series and movies.

There is one problem, though – Hulu won’t let you in when you’re traveling to other countries. Its service is restricted to those accessing from U.S. soil. For those situations, you will need a VPN to get your Hulu fix. Which is what the next section is all about…

How to watch Only Murders in the Building from all around the world?

Internationally, the series streams on Disney+ under the dedicated streaming hub Star, and on Star+ in Latin America. So, if you can access Star, this is the best way to watch Only Murders in the Building.

If that’s not an option, you will need a VPN to trick Hulu into “thinking” that you’re in the U.S. whereas you could be on the opposite side of the globe.

Once you have a VPN running on your device(s), connect to a US-based server and then you can enjoy Only Murders in the Building along with all other content on Hulu.

You will still need a valid Hulu subscription, and in order to get one — if you’re not an American — you could use a Hulu gift card. For that part, we suggest checking out MyGiftCardSUPPLY where you can also find gift cards for other popular services.

However, you should know that…

A VPN offers much more…

In addition to letting you watch Only Murders in the Building and all other series and movies on Hulu and other streaming services, a good VPN will also let you anonymously browse the web so that major corporations and governments can’t track you online.

Furthermore, a VPN will encrypt all your online traffic, thus shielding you from hackers and spies.

Aside from your computer, a VPN app can also run on other devices such as smartphones and tablets. Also, you could set up your router to sing along the VPN service to protect your entire network.

It is our belief that everyone should have a VPN these days; and if you’re into streaming – we suggest you start by checking our list of Best VPNs for Streaming and take it from there. All services on that list have been field-tested to work and we’re sure you’ll find the one that works for you. You can always thank us later. 😉