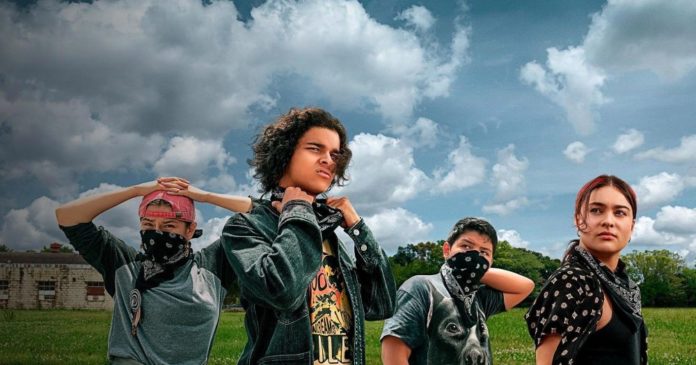 Reservation Dogs is a new Hulu show that you want/need to watch. It’s fun, adventurous and you’re gonna like it.

Whereas the storyline seems dull, the dialogs and the things happening in the series are super entertaining. But, you may not be able to watch it from everywhere without a good VPN. And that’s what this article is all about… But first, let us explain the show to those who still haven’t heard of it…

What Reservation Dogs is all about?

Reservation Dogs is a comedy TV series, created by Taika Waititi and Sterlin Harjo, which premiered on August 9, 2021 on FX on Hulu.

Aside from playing the main villain in the Free Guy, Taika Waititi is also known as a director of Jojo Rabbit, The Mandalorian, Thor: Ragnarok, and the upcoming Thor: Love and Thunder.

Reservation Dogs follows the lives of four Native teens living in Oklahoma. After their best friend’s death, the quartet is determined to leave home and reestablish the group in California.

The series’ main cast and characters include:

In international markets, Reservation Dogs will be distributed through the Star portion of the Disney+ streaming service.

How to watch Reservation Dogs from all around the world

Hulu is the place to enjoy Reservation Dogs in the U.S. while in Australia, you can follow it via the streaming service Binge. Also, there’s Star which may or may not be available in your country.

Once that part is cleared, you should determine which Hulu plan works best for you. The one with ads goes for $6, the ad-free one costs $12, and there is also the one that also includes live TV for a whopping $55 per month? For all plans, there is a 7-day free trial.

Before doing that, you should fire up your VPN app, connect to a US-based server and act like you’re on US soil.

That’s all cool, but…

The main purpose of a VPN is to make you anonymous online so that the likes of Google, Facebook, and various government agencies can’t know your web whereabouts.

It does that by routing all Internet traffic through one of its servers that are spread all across the world. And this same capability lets you unlock streaming services like Hulu.

Additionally, a VPN will keep you protected while accessing public Wi-Fi hotspots, while also hiding your Internet activity from your ISP.

Considering that so many different parties want a piece of our data these days, we think everyone should have a VPN. In that sense, we suggest you check out our list of Best of the Best VPNs or Best VPNs for Hulu and taking it from there. Before you know it, you’ll be surfing the world wide web without anyone knowing a thing about it. 😉