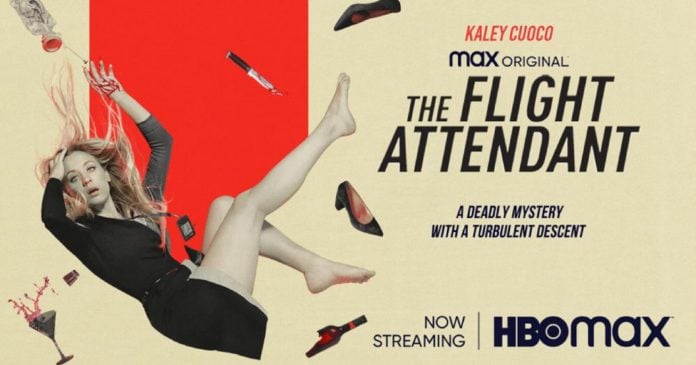 You may have heard of The Flight Attendant, a hot new HBO show. There is a reason why many folks on the Interwebs are talking about it and can’t wait for the next episode to air. Now you can join the “watching party” as well, no matter whether you can sign-up for HBO Max from your country or not. The tool that lets you do this is, guess, a VPN. It will let you bypass HBO’s software to think that you’re in the U.S. while in reality, you could be on the opposite side of the globe.

Sounds cool? Read on for details, starting with the description of the series…

What’s The Flight Attendant all about?

The Flight Attendant is a comedy-drama TV series based on the 2018 novel of the same name by Chris Bohjalian. It stars Kaley Cuoco in the title role and premiered on HBO Max on November 26, 2020. In December 2020, the series was renewed for a second season, which is scheduled to premiere in the third quarter of 2022.

The storyline follows American flight attendant Cassie Bowden, a reckless alcoholic, who drinks during flights and spends her time off with strangers, including her passengers. When she wakes up in a hotel room in Bangkok with a hangover from the night before, she discovers the dead body of a man who was on her last flight lying next to her, his throat slashed. Afraid to call the police, she cleans up the crime scene, then joins the other airline crew traveling to the airport. In New York City, she is met by the FBI agents who question her about the layover in Bangkok. Still unable to piece the night together, and suffering intermittent flashbacks about it, she begins to wonder who the killer could be.

The review aggregator Rotten Tomatoes stated that 98% of 64 critics gave the series a positive review, with an average rating of 7.57/10. The website’s critics consensus reads, “Kaley Cuoco shines as a hot mess in The Flight Attendant, an addictively intriguing slice of stylish pulp that will bring mystery aficionados to Cloud Nine.” Metacritic on its end calculated a weighted average score of 78 out of 100 based on 22 critic reviews, indicating “generally favorable reviews”.

How to watch The Flight Attendant from around the world?

The situation is straightforward if you’re in the U.S. – just sign-up for HBO Max and get access to all the great content it has to offer, The Flight Attendant included.

For folks living in other countries, there are HBO channels that may be airing the series. For instance, I know that you can watch it on HBO Go — which works on smart TVs, computers, and mobile devices.

If that’s also not an option for you, feel free to sign-up for HBO Max, which offers some of the best movies and TV shows on the planet.

You will, however, need a VPN in order to bypass HBO Max’s geo-blocking servers. Also, you may need a gift card to pay for the service, cause HBO may require a US-issued credit card. To get one of those, check out MyGiftCardSUPPLY, where you can find gift cards for many popular services.

Or, you can sign-up for HBO Max through YouTube TV. Here too you will need a VPN to connect to a US server, but this time you’ll want to open a YouTube TV account. When asked for a ZIP code, enter whichever you find online.

Then, get the HBO Max add-on, follow the instructions provided on the screen, and before you know it — all HBO Max content will be available at your fingertips.

This is all rather easy no matter how complicated it may sound. Nevertheless, you shouldn’t get a VPN to watch just one show.

Aside from letting you watch any TV show or movie, a VPN has much more to offer. The key feature of a VPN, we would argue, is to let you be anonymous online so that Facebook, Google, and various governments can’t follow you around. A VPN does this by routing all Internet traffic through its servers that are placed around the globe. A VPN also encrypts all data coming to and from your devices, making for a much more secure experience. And by doing this, it keeps you protected when using public Wi-Fi hotspots.

Considering all the parties looking to get a piece of our data these days, we think everyone should be using a VPN. To get started, visit our page with Best VPNs for HBO Max and select the service for yourself. For what it matters, all VPNs on that list have been field-tested and you can hardly go wrong by picking any one of them. But, even if you don’t like what you get – there is always an option to ask for your money back during the first 30 days (or so). It’s a risk-free transaction and we love it.