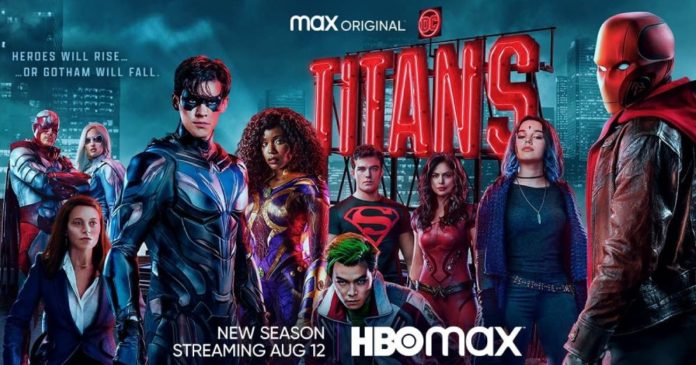 If you’re into superheroes, you’ll want to watch Titans. Heck, you may’ve already watched the first two seasons and are now bracing for the third one. That, however, may not be possible for all folks as the series airs on HBO Max, which — unfortunately — does not have global availability. And so, some folks are turning to VPNs in order to bypass HBO’s filters and access its best-ever streaming service. Cause it’s the only one offering movie premieres on the same day they hit theaters. Also, there is the vast back catalog of movies and some great TV series, like Titans.

We’ll first be explaining Titans to the uninitiated (welcome to the club) and then show you how to watch it from anywhere. Let’s get rolling…

For those who still haven’t heard of it, Titans is a superhero streaming TV series based on the DC Comics team Teen Titans, depicting a group of young heroes who join forces in their fight against evil.

Originally intended for TNT which departed from the project in 2016, Titans premiered on October 12, 2018, with the first and second seasons streaming on DC Universe. A third (current) season has hit HBO Max on August 12, 2021.

Disbanded when the story begins, the series sees the team return when the original and new members reform the Titans. The Titans fight crime throughout various locations, including Detroit and San Francisco.

The first members of the team to appear in the series are Batman’s former sidekick Dick Grayson, extraterrestrial Kory Anders, empath Rachel Roth, and shapeshifter Garfield “Gar” Logan. Dick is later revealed as one of the original Titans, alongside half-Amazon Donna Troy and crime-fighting duo Dawn Granger and Hank Hall. After the Titans reform, the team is joined by Batman’s new partner Jason Todd, assassin Rose Wilson, and genetic clone Conner.

The current, third season will consist of 13 episodes and will follow the Titans in their journey to Gotham City — where they reunite with old friends and face new threats.

Titan’s cast and characters include:

On Rotten Tomatoes, the first season of Titans holds a “Certified Fresh” approval rating of 79%, with an average rating of 6.66 out of 10 based on 46 reviews. The site’s critical consensus states, “Despite a few tonal growing pains, Titans does justice to its source material and truly shines when its titular ensemble finally assembles.”

How to watch Titans from anywhere

If you’re in the U.S. – all you have to do is subscribe to HBO Max and you’re good to go. As mentioned above, this will also get you access to all the great content which is available on Warner Bros’ streaming platform.

Otherwise, if you can’t access HBO Max, you can use a VPN to first connect to a US-based server and then sign-up for HBO Max. In order to do this, you may also need a gift card as they may require a US-issued credit card; tou can get one of those from MyGiftCardSUPPLY and then use it to pay for HBO Max.

It’s a little hassle, but trust me – it’s worth the effort. And besides, we’re talking about something that won’t take more than 5 minutes.

Now, whenever you want to watch Titans or anything else from HBO Max, again connect to a US-based server, grab the popcorns and enjoy.

As noted, a good VPN can do many things for you. For instance, it will let you bypass various restrictions that may be imposed in your school, university, workplace or an entire country. This is especially cool when visiting a high-censorship country like China.

More importantly, a VPN will protect your privacy online so that the likes of Google and Facebook can’t easily track you down. And the same goes for your ISP, various government agencies, and everyone else looking to learn about your Internet habits — and profit from them.

With all that being said, we think everyone should be using a VPN these days. If you’re into DC and HBO, start by checking our page with the Best VPNs for HBO Max. Services listed there will cover all needs you may have and won’t let you down no matter what you throw at them. So check it out and never look back…