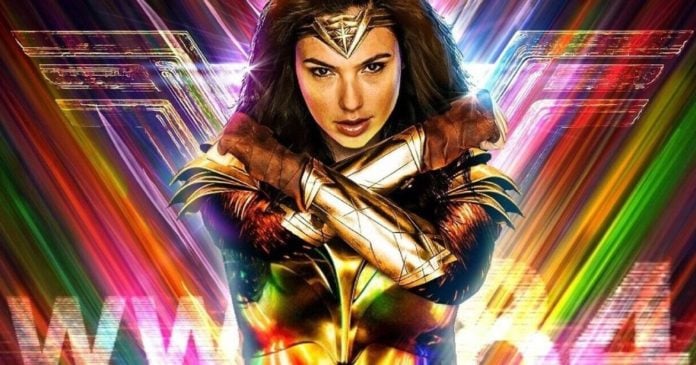 If times were different, many of us would’ve already watched Wonder Woman 1984 in theaters.

Alas, the damn COVID-19 pandemic has closed many theaters, leaving us hoping that the situation will change sooner rather than later.

But we have waited for enough and the good folks from HBO have realized we want our superhero movies — no matter what. So they decided to start streaming some of their blockbusters through the HBO Max service.

Wonder Woman 1984 will be the first new superhero movie released on HBO Max and it will be available on December 25th, 2020. Considering the still raging pandemic, we would think it’s a nice way to spend your Christmas Day.

Excited to announce that #WW84 will be the first film on HBO Max available in 4K Ultra HD, HDR 10, Dolby Vision AND Dolby Atmos! Can’t wait. IN THEATERS on Dec. 25th and exclusively streaming in the US on @hbomax. PLEASE find the biggest and highest quality screen you can!! pic.twitter.com/wNREvcTUjB

The good news is that Gal Gadot’s movie comes included as part of the subscription, requiring no additional payments from the user. Yes, we’re looking at you Disney+, which required a surcharge for watching Mulan.

So if you’re in the U.S. and want to watch the latest adventures of the Amazonian Goddess — just sign-up for HBO Max and you’re good to go.

How to watch Wonder Woman 1984 online from anywhere?

There are ways to access HBO Max from other countries with some operators carrying the content in their local markets. However, the deal doesn’t include such exclusive content as Wonder Woman 1984 — at least not this December (cause, sure enough, it will be available at some point next year).

So if you want to join Diana Prince in her latest adventure this year, you will have to sign-up for the US version of the HBO Max service. And that is easier said than done.

The problem is that like many other services, HBO Max may require its service to be paid with a US-based credit card. The workaround is to pay for HBO Max with a gift card, which you can grab from MyGiftCardSupply.

That site, BTW, also has gift cards for many other popular services, so you may want to check it out.

After purchasing that gift card, the next step is to sign-up for HBO Max. For this, you’ll need a VPN to first connect to a US-based server. Now, during the sign-up procedure select “Pay with a gift card” and you’re good to go.

Now, every time you want to watch HBO Max content — including Wonder Woman 1984 — connect to a US-based server and start streaming all the movies and TV shows you want.

Speaking of which, HBO Max’s library of content also includes:

So yes, all the effort you put into this is well worth it.

But instead of getting a VPN for one movie, you should…

Don’t get me wrong, there is nothing wrong with getting a VPN to watch just one movie — but you shouldn’t stop there.

You see, a VPN has a lot more to offer, most notably bringing its users more privacy on the Internet. Which, we think, is very important — with various government agencies and Big Tech companies watching every step we make online.

In addition, VPNs will also keep you protected while accessing public Wi-Fi hotspots, encrypting all traffic between your device(s) and the rest of the Internet. This way, any hacker who also happens to be using the same Wi-Fi won’t be able to snoop into your traffic and potentially get ahold of your personal data.

And that’s just the tip of the iceberg… We think everyone should be using a VPN these days and if you’re into watching movies via HBO and other such services, we suggest you start by checking our list of Best VPNs for Streaming and take it from there. You’ll thank us later. 😉